Every good drama needs comic relief. It can be in the form of someone dying; you know, its sad that they’re dead but the way her head fell into the toilet as she knelt over from a gunshot was hilarious! Saul Goodman of Breaking Bad is that disgusting hotel toilet where villains have died on in the history of cinema. Breaking Bad is arguably one of the best dramas in television history, having graced hundreds of thousands of screens with the grins of  twisted chemistry-teacher-turned-meth-guru Walter
White and his conflicted business partner Jesse Pinkman (BITCH). The series is a messy addicting show that is just as ugly as Walt and Jesse’s clients (have you seen the hooker Jesse hung out with that one episode?), so Saul is a breath of fresh air- just take in all that sarcasm and sex jokes. Take it all in.

Better Call Saul is without a doubt the prequel all-Saul show we’ve been looking forward to, and though it obviously won’t start streaming on Netflix anytime soon, the series does premiere this Sunday on AMC, so get your Saul on before then and watch our best Saul episode picks. 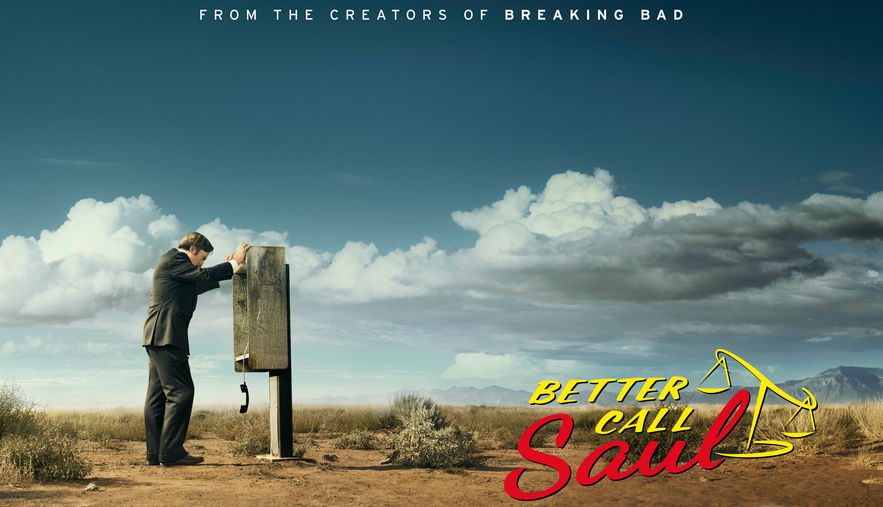 After a cringing season of serious stuff like cancer and meth distributing crazies, we are first introduced to Saul Goodman, a brightly dressed lawyer with sleazy commercials that are spot-on “local lawyer looking for work” ads. As the episode progresses though, you realize Saul is a one-of-a-kind character that knows how to put his clients into place using his handy weapon of sarcasm and wit. In this episode, Saul is put into work and must comply to the outlandish demands of his interesting (if lack of a better word) clients Walt, Jesse and Skyler. Easy right? Not so, especially since the three aren’t necessarily each other’s best friends, so Saul comes to the rescue and convinces Walt Skyler won’t go to the police, and smartly purchases a home for Jesse while he’s at it. You also learn Saul has his men keeping an eye on the White house (not the one Frank Underwood lives at), because, well, Saul is a smart man and he understand his ass comes first. “Sunset” definitely demonstrates just how much of a brilliant asshole/businessman Saul can be. When Saul receives a call from a frantic Walt who is stuck in the RV with Jesse, and a suspicious Hank waiting for them to come out, Saul does what any good lawyer would do. Saul asks his female secretary to impersonate a doctor and call Hank, informing him his wife Marie has just been admitted to the emergency room due to a terrible car accident that could take her life. Lying about death, and well everything else, is what lawyers are hired to do. Saul, as mentioned before, is quite a charmer, but he has to try extra hard with Mrs. White in particular. When Skyler and Walt pay Saul a visit to talk about money laundering, Saul tries to compliment Skyler by providing one of the best lines in Breaking Bad:

“Clearly his taste in women is the same as his taste in lawyers: only the very best… with just a right amount of dirty!” This just had to make the list, cause I don’t think anyone has ever seen Saul so bloody and scared. He gets the shit beaten out of him by an angry Jesse who threatens him by gun point. Guess Jesse is all mad cause Saul assisted Walt in poisoning a little boy….which is reasonable, right? Small price to pay for Saul- he must pissed his blood ruined a good lemon yellow suit, though.