Tired of being the dumbest one in your group of friends? Didn’t pay attention in school? Want to deliver condescending sneers after dropping knowledge bombs? Entirely uninteresting and need to become more worldly as quickly as possible? Unemployed and have way too much time? Yearn to become supremely intelligent as revenge? Or maybe…just maybe… you have a genuine interest in learning? Or you’re an auditory and/or visual learner? Whatever your condition, documentaries on Netflix are the medication, and Netflix has a seemingly endless supply of prescription pads. Being that there are an overwhelming amount to pick from, I will ease the process by walking you through 3 documentaries each week. You’re welcome.

What it is: Docudrama film by BBC that aired on BBC One, BBC America and the Discovery Channel

What it’s about: The atomic bombing of Hiroshima – the world’s first nuclear attack. It covers everything from the testing of the bomb to its aftermath.

The Lowdown: This documentary is the bomb.com. HA HA. Truly, it’s fantastic. They include interviews with the few survivors left from the bombing as well as the pilots involved in dropping the bomb. It’s interesting to see the different, sometimes polar opposite, perspectives of the pilots who participated. The film narrates a reenactment of the events, and once you get to the aftermath of the bombing, your entire soul hurts. It’s an important part of history, and this film does it justice by staying impartial and presenting us with the whole, gruesome truth of it.

Party fact: There were 3 planes involved in the bombing of Hiroshima. The plane that dropped the atomic bomb was named after the pilot’s mother. It was called the Enola Gay.

Yay, Nay or May(be): Yay. It’s of utmost importance to our history.

What it is: Documentary film (Originally titled “Jeff”) directed by Chris James Thompson. It premiered at the 2012 SXSW film festival.

What it’s about: A rare look at Jeffrey Dahmer, convicted serial killer known as the Milwaukee Cannibal, as seen from the point of view of his next door neighbor (Pamela Bass), the Medical Examiner (Jeffrey Jentzen) and the lead detective (Pat Kennedy) assigned to his case.

The Lowdown: I watch a lot of serial killer programming. A LOT. Like, so much of it that the FBI probably has their eye on me - either anticipating my turn as a psycho killer or my decision to finally quit the bullshit and become a detective. I can honestly say The Jeffrey Dahmer Files is unlike anything I have ever seen. The film is made up of 3 interviews and a reenactment of his day-to-day life. What makes this film so interesting is the point of view it takes on, especially that of Pat Kennedy, the lead detective. His candor as he walks us through his time with Dahmer sets us up to feel as if we are at a gathering and he’s just our friend telling us the story versus the usual detective interviews that feel more matter of fact and distant. Most eerie of all is the nonchalant referencing of him as “Jeff” by both Detective Kennedy and Dahmer’s neighbor, Pamela. It humanizes him in a strange way. The film gives us a glimpse of Dahmer’s polite and unassuming personality, leaving us to wonder if anyone we know could be capable of such things.

Party Fact: Jeffrey Dahmer is the one serial killer in history that draws empathy from the masses. He was a polite guy with the conscious to recognize the things he did were wrong and awareness to know they were compulsions that could never be stopped. He murdered, raped, masturbated over the carcasses of and ate the body parts of 17 men and boys, yet his sincerity, courteousness and remorsefulness inspired more compassion than hatred. Also, he was kinda hot.

Yay, Nay or May(be): Yay – especially if you are fascinated by serial killers.

3. THE REAL STORY: THE AMITYVILLE HORROR 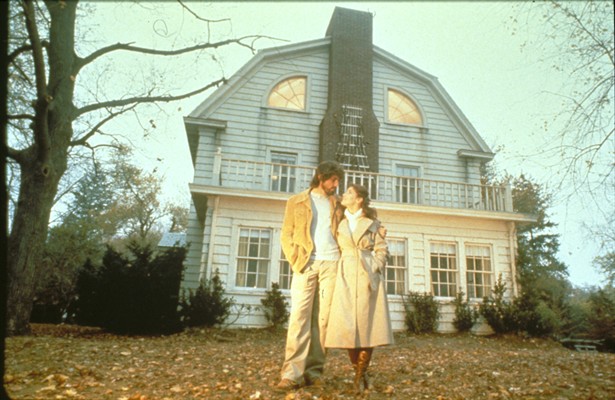 What it is: Episode 2 of Season 1 from a Smithsonian Channel series titled “The Real Story.”

What it’s about: The entire truth behind the famous Amityville Horror Story.

The Lowdown: This episode hides nothing. The Amityville murder stands apart as one of the most haunting, when the entire time it was just another gruesome murder done by a mentally ill man that was made infamous purely for the financial profit of a deceptive couple. Pivotal to the episode’s validity, it provides an interview with Patrick O’Reilly, neighbor of the Defeo family, that demystifies them, and in doing so, humanizes them and their tragedy.

Party Fact: Anyone who watches the devastation in Patrick O’Reilly’s eyes as he speaks of his neighbors’ murder makes you disgusted with anyone who has profited from the murders’ sham haunting aspect. (This isn’t a fact, persay, but it’s what stood out to me the most so I’m letting it slide.)

Yay, Nay or May(be): May – If you’re going to watch an Amityville documentary, this is the one to watch. But, you’re more than welcome to skip Amityville stories altogether. All you really need to know is that it was a despicable murder probably avoidable with mental health assistance and the haunting was abunchabullsheeeeeet.