Growing up Jewish, I resented my Christian friends who always seemed to be having a better time than me, especially during the holidays. You’re not supposed to have fun on Jewish holidays; they’re very holy and boring. On Passover, you get to eat horse radish on a stale cracker AND not eat bread products for a week. I really suffered as a child during Passover, since bread products happened to be my favorite dish. I was lucky though, I married into a Christian family, or rather, a godless family that does Christmas up in a major way. Now I get to experience the excess and excitement of the season. Fuck Hannukah, for realz. On Christmas they give me real presents, like Best Buy Gift Cards, Blu-ray players and stockings full of candy and useful knick-knacks!

Many Jews are “forced” into the Christmas racket; some marry into it, some do it for a living. In Hollywood, where my people have always ruled with an iron yarmulke, many Jews are hard at work right now, cranking out Christmas product. While I don’t like the idea of a Jew selling out to Christian entertainment, who am I to deny a fellow chosen person the right to make a living? Back in 2004, two films competed for the title of “Worst Xmas Movie ever.” They were Surviving Christmas, with Ben Affleck and James Gandolfini, and Christmas with the Kranks, with Tim Allen and Jamie Lee Curtis. Based on a novel by John Grisham, Kranks was directed by Joe Roth, the Jewish former chairman of Twentieth Century Fox (1989–93) and Disney Studios (1994–2000). Roth has produced tons of films but has only six directing credits; why, for Christ’s sake, did he actively choose to oversee this raging piece of lily-white, suburban Goy (non-Jew)-garbage?

As a Jew, I’m not angry with brother Roth, just disappointed. Couldn’t he have made a thriller about a bunch of Jews trapped in a killer sukkah instead? 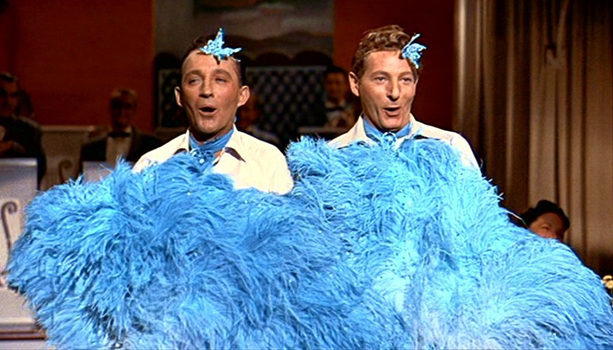 About half of the twenty five most popular Christmas songs ever have been written by Jewish talent. “White Christmas”, the best selling single of all time, was penned by legendary songwriter/Jewish guy, Irving Berlin. The song was actually featured in two movies, Holiday Inn (1942) and White Christmas (1954). Both films also happen to be directed by Jews, Mark Sandrich and Michael Curtiz, respectively. For Holiday Inn, Berlin was also asked to write an Easter-themed hit and so he came up with “Easter Parade.” Nailed it. Probably took him three damn minutes. After having to write such a large amount of dorky Goyim music, I bet Berlin was ready for some minor chords and a bucket o’ beet borscht. 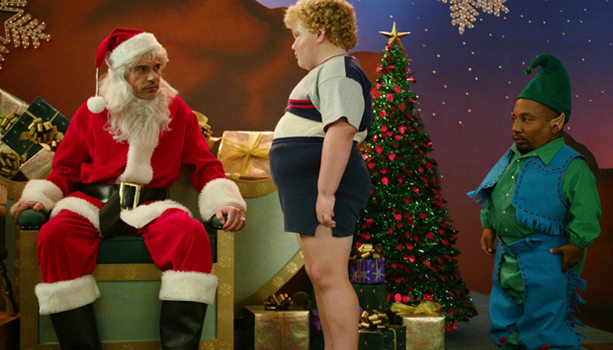 Terry Zwigoff, director of Crumb (1994) and Ghost World (2001), was born in Appleton, Wisconsin to a family of Jewish dairy farmers in 1949. For their sake I hope the Zwigoff’s weren’t kosher; how can you separate meat from dairy on a god damn cow farm? Zwigoff exudes all the characteristics I look for in a Jew; he’s iconoclastic, he’s bitter and he’s a snob in the very best sense. His hatred of everything shitty in American culture, including Christmas, is given free reign in Bad Santa (2003), a coal-black, nasty piece of holiday cheer that somehow became a box office success. Zwigoff was the perfect Jew for the job.

By the way, Jews invented Batman and Superman. You’re welcome and Merry Christmas.

Allan is a lot older than everyone else. He is from a suburb near Boston and has lived in L.A. since 2001. He has a wife and two daughters. He focuses all of his time away from his family and on Netflix looking for some of the worst films that exists, only to find the ones that are so bad… they’re good. He coined the term “so bad it’s Netflix”! If he were a song he’d be a dubstep version of Minnie The Moocher by Cab Calloway by Skrillex.