The episode starts with a taxidermy shop, “Dead Pets” commercial, which is optimistically run by the same cutesy couple that puts birds on everything. When “Dead Pets” is broken into, robbed of its furry dead counterparts and ultimately burned down, the media immediately points their fingers to the weirdos of Portland. Only weirdos who wear hot topic couture and hang out on hills would do such a Goth-like weirdo thing like this. All weirdos are now suspected of arson.

Two weirdos in particular become the primary suspects when they don’t respond with a “I was at a Nine Inch Nails concert that night” explanation quick enough. They are later defended by a weirdo defense attorney (Paul Reubens doing his best Portlandia bit yet), who delivers an Oscar-worthy monologue that seeks understanding and sympathy for the weirdo subculture that has, arguably, helped made America.

A surprise rooftop concert interrupts the trial, and all of Portland gather round to hear a group of brightly dressed masked folks as they admit through song that they were the ones accountable for the fire, hoping to free the deceased animals.

The Pussy Riot copycats flee the scene, and two of the band members hide in the feminist bookstore where they tie up a pair of frantic Candice and Toni. The members take off their masks, revealing themselves as the Coachella-looking ecoterrorists (no surprise there). Olivia Wilde’s ecoterrorist character is plastered on that day’s newscast, and her horrified parents come running to her rescue, instead taking the blame for her actions, which they believe, is a result of their over-parenting. The masked taxidermy heroes leave, accomplishing their first ever highly publicized political/environmental/unnecessary protest.

“Dead Pets” played as a reminder for anyone who lost even a glitter of hope the past Portlandia episodes. Following what was possibly the dullest of episodes this season, “Dead Pets” demonstrated what Portlandia does best, and that is mocking subcultures cleverly, instead of committedly staying on solely one theme (looking at you real estate episode). If you believe Portlandia’s lost it’s touch the past couple seasons then watch “Dead Pets”- it will truly make you believe in Carrie and Fred’s magic again. 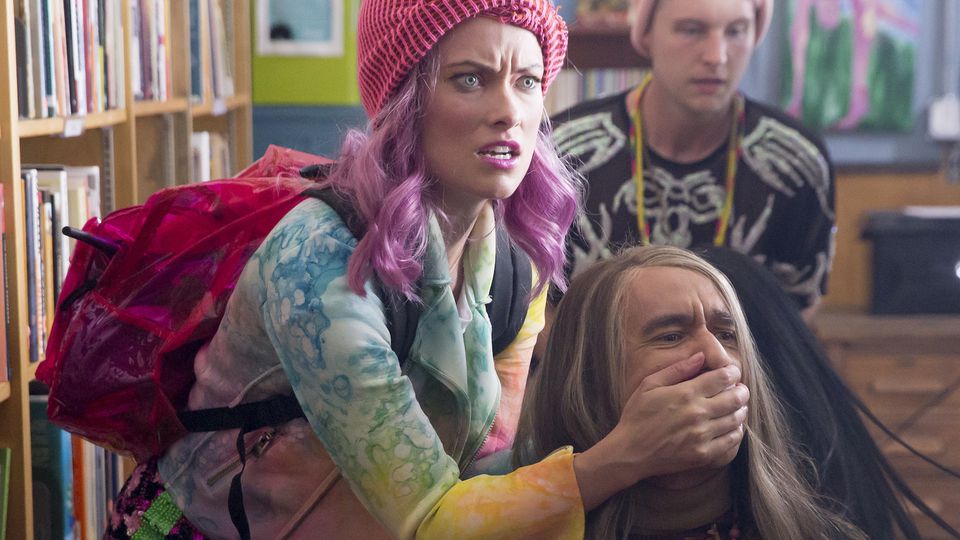 Portlandia loves all pets; dead or alive. Here’s a look back at some Portlandia animal bits all streaming on Netflix.

“Farm”
S 1, Ep 10
Two concerned customers dining at a hip eatery, request a complete file detailing the background and traits of their possible chicken dinner. The chicken’s file consist of his hometown and he’s personality traits, all essential information for anyone hoping to eat it.

“Ecoterrorists”
S 4, Ep 2
Animal testing is a no-no for the ecoterrorists, who will do anything to make a stance against big corporations who participate in animal abuse. Their protest falls flat, along with their poor fashion choices.

“A Song for Portland”
S 1, Ep 2
Possibly the most recognized of Portlandia skits, the fake-commercial for a pair of homely characters who put birds on the things for a living, will make you never want to buy a bird patterned anything. I got a bird tattoo a week before this aired years back, so you could imagine my regret.