Blue Ruin (2014), now streaming on Netflix, is one of the kick-assiest revenge thrillers you’ll ever see; a low-budget, indie nail-biter that packs just as much of a visceral wallop as any Hollywood actioner (no, not auctioneer, stupid god damn autocorrect). Ruin just might be the best of its ilk since the original Taken. While taking in the film, due my super-strength recognition powers, I happened to spot former Brady Bunch middle child, Eve Plumb! 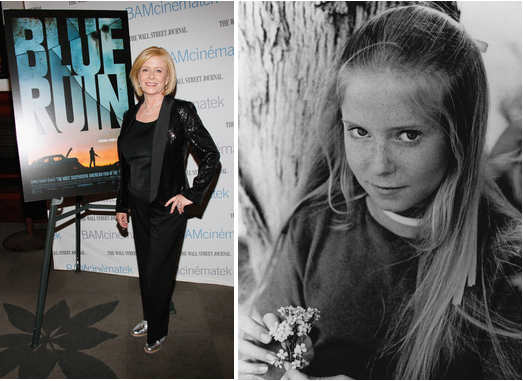 If you blink, or if you’re an asshole™, you’ll miss Ms. Plumb as Kris Cleland, the matriarch of an evil redneck family that’s being targeted by our hero, Dwight (Macon Blair). Plumb shows up in the finale brandishing an automatic weapon. It turns out, however, that Plumb wasn’t very cool about the gunplay.

In an interview with Iamrogue.com promoting Ruin, Plumb says she can’t stand guns and almost didn’t take the role. She certainly wields the bullet-sprayer with authority. Did she have any weapons training during the Brady era? Marsha, Marsha, REVENGE!™