Thanks to the Stream ‘Em and Leave ‘Em post this week I was able to check out Unfinished Song, a film starring Terrence Stamp (the O.G. General Zod!), Vanessa Redgrave, Gemma Arterton, and Christopher Eccleston. I knew nothing about the film going in other than it seemed like something that would probably make me cry and it had a phenomenal cast. I was right about both of those things.

Unfinished Song, which is also called A Song for Marion in both a title card at the beginning and on Wikipedia/Letterboxd, is about a terminally ill woman named Marion (Redgrave) who joins a singing group for old-age pensioners cleverly called the OAPz. The OAPz (Old-Age Pensionerz – cause it’s cooler with a z) are coached by a grade school music teacher Elizabeth (Arterton). 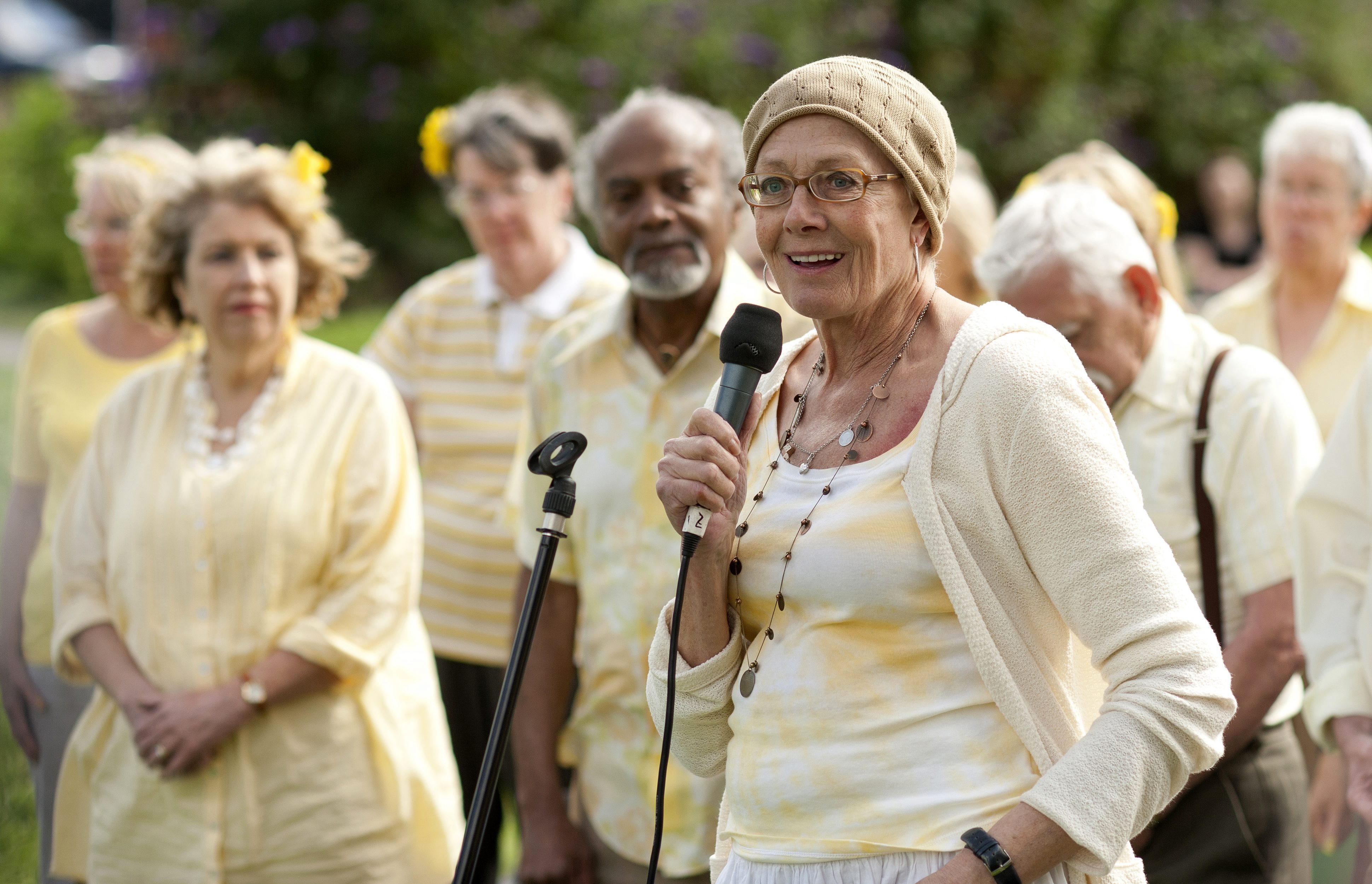 Unfortunately for Marion, she didn’t realize that when she married Arthur (Stamp) while he was hot and General Zod-ing it up he would become the world’s grumpiest asshole in old age. Arthur doesn’t like the fact that Marion has friends or has joined a singing group. He doesn’t think that the OAPz have any chance at being successful and wants nothing more than to keep his wife home and in bed with him for her final days. I mean he probably has selfless reasons and just wants Marion comfortable and not exerting herself so that she lasts a lot longer but with a face like Terrence Stamp’s you can’t help but think he has sinister motives. It’s unsurprising that Arthur also has a pretty shitty relationship with his son James (Eccleston), since he seems to hate everyone and everything.

Oh did I mention that the OAPz sing some great songs during their performances? Old people singing “Love Shack” and “Let’s Talk About Sex”. Nothing is funnier than seeing a grandma talk about making sweet sweet love, am I right? This movie is called Unfinished Song and you already know I cried, so I don’t think it’s a spoiler to say the terminally ill woman bites the dust. But before she goes she’s able to sing a pretty beautiful rendition of “True Colors” to her hermerrhoid of a husband. Whether it was the song or the incessant enthusiasm and encouragement of the musical coach Elizabeth, Arthur realizes that he should do something in honor of Marion and decides to work with the OAPz and sing a tune at the upcoming competition.

Does the experience of loss and joining in a community to overcome that loss change Arthur? Does he become a better father and human being after the loss of his wife? Eh. Probably. 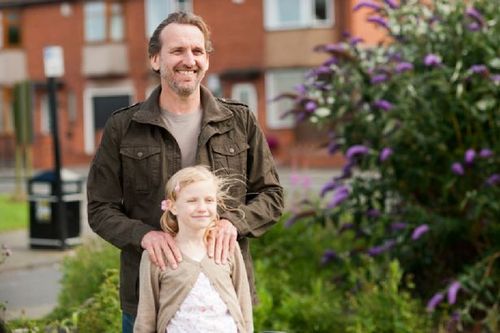 I enjoyed this film to an extent. I felt myself checking Etsy during the middle, so it’s not the most exciting plot and I guarantee nothing will shock or surprise you. But it’s a cute movie, very well acted, and it made me very glad the man I will probably spend the rest of my life with isn’t the least bit grumpy. Watch it if you’ve got 90 minutes to kill, you probably won’t regret it.