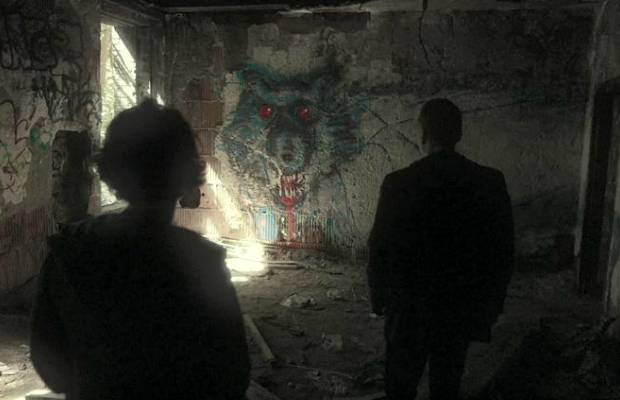 It’s really tough to find what to watch on Netflix, so we’re going to start posting lists of movies WE’VE been watching to help narrow down your options. Here’s what I’ve recently watched on Netflix:

Sisterhood of the Night
When it comes to anything related to witches, I will watch it. Witches are mysterious and the paranoia that surrounds them and their assumed activities just makes the subject all the more intriguing. Why are people so threatened by anyone calling themselves a witch? Not including those who are familiar with the religious roots, a lot of us first think of Satanic related witchcraft. That fear articulates itself in the film The Sisterhood of the Night. To provide an idea of what to expect: imagine The Crucible combined with Mean Girls, or more recently The Duff -and you have The Sisterhood of the Night. Going into this one, I had never heard of it, Netflix gave it a decent amount of stars and I was curious enough to see just what kind of modern day Salem witch trial they could have managed.

Based on a short story by Steven Millhauser, the film centers on high school girls who, after dealing with internet bullying, decide to leave the social media world and create their own confidential sisterhood. The group begins to initiate certain chosen individuals, making this exclusive and mysterious group one in high demand. Everyone wants to be invited and everyone wants to imagine what could possibly be going on within the group. This also leads to those poisoned by envy who want to destroy the group’s integrity. The witch hunt begins as other students use bullying though blogging to manipulate the story. Just when you think this film is going in one direction and you’ve grasped the concept, the story line plunges deeper into a dark world of cruelty and torment. Give it a shot, you’ll be surprised!

The Black Power Mixtape: 1967-1975
Holy crap this was a good documentary, featuring archival footage of all the best civil rights leaders from Martin Luther King Jr., to Angela Davis, the lesser known Stokely Carmichael, and much more. Produced, directed and compiled by a group of Swedish journalists, this doc provides a look into the civil rights movement that needs to be witnessed. We’ve come a long way from a time that occurred merely 40 years ago, a time we must acknowledge. This film features powerful interviews with even more powerful minds, providing a perspective that isn’t always offered. For example, I had no idea who Stokely Carmichael was prior to watching this, but somewhere along the lines of oppression there is reason for that. While we hear all about white leaders and what they’ve done for progress, we only recognize a few minority figures that stand out, while the rest get pushed aside. These types of films help remedy this issue and I think it’s essential to add this one to our playlist.

Killer Legends
So, these types of films are my favorite. I’m a horror fanatic and Killer Legends focuses on the origins of boogeyman stories. The subject just doesn’t get cooler than that, but- and I hate to say it- something about the two people putting this together, the narration and the total execution makes this film not as enjoyable as it should be. For instance you’ll hear the line “but the truth behind this is worst than we ever could have imagined” at least four times throughout the film (I may be off a few words), sometimes you’ll hear it twice for one story. Sure, that’s being nitpicky and as a writer it’s hard to not notice when someone is being lazy and redundant in their writing. But I mean, come on, we’re talking about the original candy man, the phantom that started The Town that Dreaded Sundown and why babysitters fear the dreaded “have you checked the children?” call, yet it’s hard to enjoy these stories with this sense of pretentiousness that comes from the filmmakers. If you’re into this kind of stuff, it’s worth watching if you can ignore the flaws, but the investigations and stories are still fun.