So, The New Guy is leaving Netflix May 28th. Don’t remember it? Its that early 2000’s comedy about a “new guy” who completely transforms from a dweeby funk fanatic to a rebellious mysterious newcomer, sporting Backstreet Boys blonde dyed locks, who was just released from jail.

1. Because it made it okay to ask this important question.

2. And it taught us the best prison dance. 3. Cause it gave us faith that guys like this…. 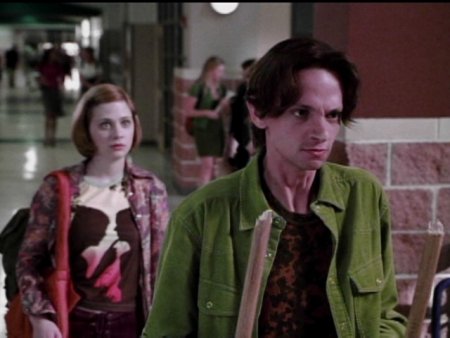 5. Also cause Eliza Dushku does a lot of this in the movie.

6. Cause Zooey Deschanel is a blonde here. 7. And rocks a purple cowboy hat like no other. 8. And says the most un-Zooey Deschanel responses like this. 10. With these awesome guys.

So do yourself a favor and watch the New Guy before it leaves Netflix May 28th.