Halle Berry is possibly the most underappreciated actress of our time. Yeah, she’s had her share of run-ins with the tabloids,-recognized as a beauty with beau problems-and is known for being the first African American woman to win an Oscar, but lets be honest: Do we really care for Halle Berry. If she’s not dating a scrub or plastering her ageless (fucking ageless!) complexion on some cosmetics brand, what do we really get out of Halle Berry other than her being: “Halle Berry- One of the most beautiful women alive.”

The answer is talent. Unrecognized talent.

The problem is that this talent is so often pushed aside thanks to stints like Catwoman and…Catwoman. Seems Berry can never get a break; the string of directors she’s worked with just aren’t the top-notch talent her acting deserves to be paired with. It’s been five years since yet another sloppy Halle Berry-starring drama was released to an audience of die-hard Berry fans that still haven’t given up on the screen queen. Frankie & Alice is now streaming on Netflix, and though the Canadian drama only gathered a sad $700,000 box office number, it is finally getting the audience the film was surely hoping for- An audience of already paying customers that had no idea Frankie & Alice existed. Halle Berry, you have our attention.

Following the true story of a 70s go-go dancer name Frankie- though whether this proclaimed dancer was even named Frankie is still up for debate-Frankie and Alice explores mental illness in a time when such disorders were almost unheard of.

Frankie has a unique case that was hardly recognized by anyone of that time. Her coworkers, family, and even some of the hospital staff, think she’s either in a mood or faking it, and that is because Frankie doesn’t look like the type to snap into a crazed tyrant, speaking in unfamiliar accents, acting six in one minute, and acting 45 in others.

Attractive, charming and pro-weed, Frankie is the poster child of the 70s. She’s an African American go-go dancer that not only rocks a fro, but also rocks great lines like “C’mon Doc” and “Lets boogie.” However, she’s anything but a 70s working girl – Frankie’s got a secret, and this secrecy has escalated to the point where Frankie is now the home to multiple personalities; two to be exact. Frankie is not alone.

After a string of borderline crazy-as-fuck fits, she’s admitted to a “nut house”, under the care of a kind Dr. Oz (Stellan Skarsgard). Fascinated by the additional personalities occupying Frankie’s body, Skarsgard tries to get to know her multiple personalities; one a southern woman who believes she is white, and the other a young child that is only trying to protect Frankie.

It’s quite the challenge for a now 48-year-old Halle Berry. Not only is she portraying a 32-year-old woman, but she is also portraying an older southern woman and a small child sharing this 32-year-old black woman’s body. You would think this would be too much to handle for our sweet Berry (hehe) but in fact she does a splendid job. Heck, there would be a crowd of critics standing up right now applauding her great work if it weren’t for the shit directing. Berry is truly cursed.

Though the acting on both Berry and Skarsgard’s part is phenomenal and the story is unique and a real curiosity, the directing is all over the place. Seemed like director Geoffrey Sax didn’t know what kind of film he was trying to make- Some sequences have a Lifetime movie feel, with all of the blurry flashbacks, but in other scenes it looks like he’s trying out some Shutter Islandtype of cinematography (once scene has Skarsgard drenched from the rain pouring in his office). The whole thing is quite a mess, masking berry’s acting as over-dramatic at times- Sometimes when one thing is shit, you think everything is shit. 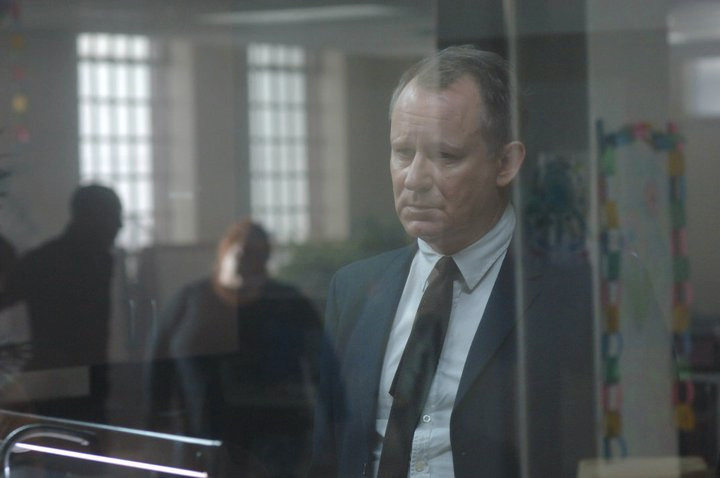 The story takes an interesting turn towards the end-You think that Frankie’s disorder is caused by a past trauma that was heavily hinted, but then realize that that trauma wasn’t the actual trauma that left her mentally disabled; however the way this is revealed is just plain lazy. It’s like “Gotcha! That wasn’t the big revelation, this is!” Again, I blame Sax.

Frankie & Alice didn’t live up to the hype because, well, there wasn’t any hype, but that doesn’t mean you shouldn’t watch it. If you ignore the dangling errors and Sax’s missteps, you’ll find a still vibrant Halle Berry in a role that would make even the most recognized of actresses shutter. Believe in Berry, not Sax, and you’ll be good.