When I discovered Frank Zappa’s We’re Only in it for the Money album, I was blown away at how timely the satire was. Here was a record made at the height of the hippie movement that was already condemning “peace and love” and dared to shout “Flower power sucks!” I got the same feeling of elation watching David Holtzman’s Diary, a mock-documentary made way before the term was probably invented.

Holtzman is so ahead of its time it’s hard to gauge just how far ahead it is. In the late sixties, the very idea of personal filmmaking was foreign to most people and film schools were only just starting to pop up. In Holtzman you can see the birth of the found footage aesthetic and the kind of confessional filmmaking that Ross McElwee would eventually take to new heights. Holtzman is the type of mock doc that actually fools you for a good period of time before the seams begin to show. The “real” film is a strictly no-budget, improvisatory undertaking; just like the “fake” film it’s trying to mimic.

It’s 1967, America is tearing itself apart, but all David Holtzman cares about is finding himself. Dying to make something of importance, the young, New York filmmaker decides to record his life; to speak to the camera and to film his surroundings in an attempt to make sense of his own existence. As his shooting progresses it becomes clear Holtzman has some real issues, especially with the opposite sex. He can’t stop shooting an attractive woman in the apartment across the street. He rides the subway and follows a frightened girl off the train, staying on her until she finally yells at him to beat it. Holtzman gets into the most trouble with his girlfriend, Penny (Eileen Dietz), who is immediately pissed at his constant attempts to film her. Holtzman doesn’t get it; Penny is a model and is used to being photographed. Why is she so against it when it comes to him? When Penny catches him shooting her while she naps in the nude, she flies into a rage, runs off and never comes back. 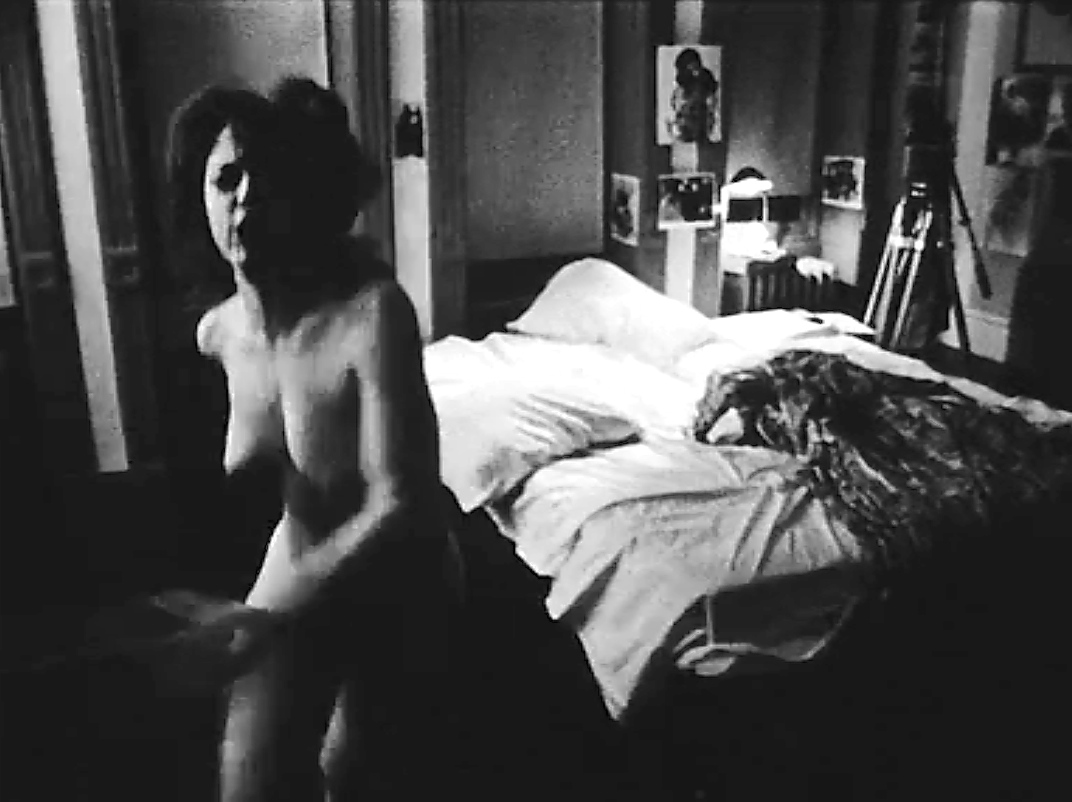 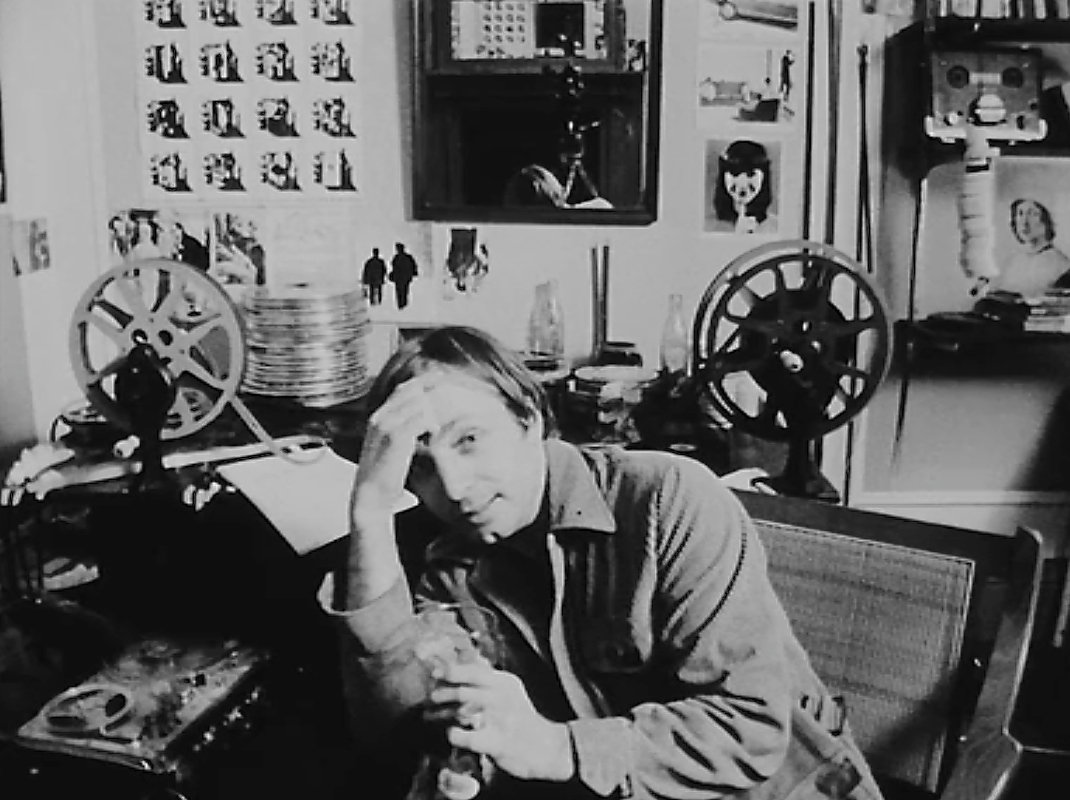 In the end, the exhausted filmmaker has shot a mountain of film with nothing much to show for it. He faces the camera for the last time, at a loss for words. “What do you want?!” Holtzman yells at his tormentor. He then stares at the walls, letting the reel run out and the audio tape roll on in silence. “I don’t know what you’re waiting for,” Holtzman says matter of factly. “I got nuthin’ to say.” David Holtzman is played convincingly and passionately by Texas native, L.M. Kit Carson, who died only a few months ago at age 73. Carson worked as a journalist and was sporadically successful in the entertainment industry, most notably for: 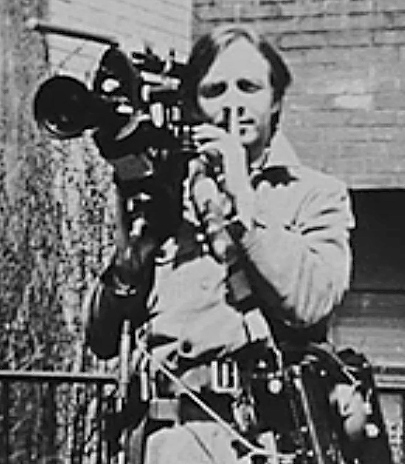 Fifty years ago it was a Herculean task to make a movie by yourself. Just to make this no-budget confessional, Holtzman had to work two cumbersome and complicated machines. It hurt my body to watch him lug a twenty pound camera around the city along with a heavy Nagra reel-to-reel strapped around his shoulder. Even the “mini” lavalier microphone slung around his neck is as big as a Snickers bar. These days you can click a button and record yourself with any given device and achieve a higher picture/sound quality than Holtzman could ever dream of.

The reality of audio and video being two completely separate entities is perfectly illustrated in the final segment, when Holtzman’s apartment is ransacked and all of his equipment is stolen. He is now forced to end his movie by:

1. Spending fifty cents at a novelty recording booth to get his voice onto a 45 record.

2. Taking photos of himself holding said disc at a cheap photo booth.

3. Somehow transferring it all to film.

I wanna nap just thinking about it. 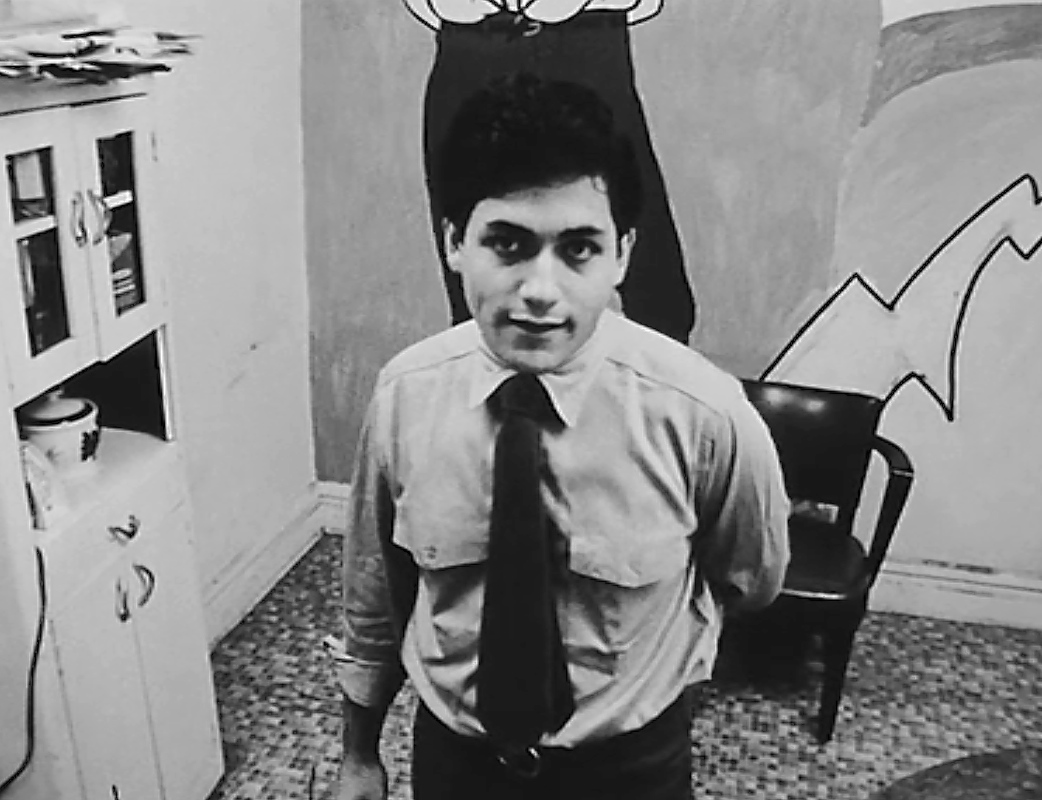 In a long but completely on target monologue, Holtzman’s friend Pepe (Lorenzo Mans), faces the camera and exposes Holtzman’s little biographical experiment for the bullshit narcissistic exercise it really is. Pepe takes his friend to school, explaining how the very idea of capturing real life on film is an impossible and fruitless goal. He goes on to say, “Some people’s lives might make for a good film. Your life does not.” On the street, Holtzman meets a sassy gal with the mouth of a sailor who pulls up to him in her car and, in a curiously masculine Manhattan purr, proceeds to sexually harass the unsuspecting filmmaker. Claiming to be a nude model, she’s soon getting into it with a passing motorist who is not ready for her X-rated assault. It could be a real moment, it could fake; it really doesn’t matter.

In a fun break from the proceedings, Holtzman turns on the TV, points his camera at the screen, and clicks one frame each time the shot changes. The result is a really cool collage of what a night of TV was like in’67.