The 2009 comedy, Couples Retreat, with Vince Vaughn, Jon Favreau and Jason Bateman is one of the worst comedies of the past decade. However, since the film made money, a Christian film production company named PureFlix decided to put out their own version.

David A.R. White, a Christian actor/producer who stars in Marriage Retreat, started PureFlix with a few others in 2005. The company cranks out product as fast as it can, never spending more than a couple million per film. Netflix already has a whopping thirteen PureFlix titles in its catalog. The devout company’s budgets just might be ballooning in the future, however, since their 2014 feature, God’s Not Dead, grossed an astounding sixty million dollars in America. Mr. A. R. White and his flock have hit the Christ-pot and now PureFlix literally has more money than God.

Marriage is so very Christian that the director’s name is David Christiaan (the extra a’s for atonement). Just as Christian rock is a pale ghost of real music, Marriage may look like an actual movie, but it’s most definitely not. Awkward and clueless, Marriage is as dull as church and the film’s lazy stabs at comedy are as painful as a nail to the hand. But really, how can any laughs be generated when the craziest shit the male characters get into is a heated game of foosball in the rec room? 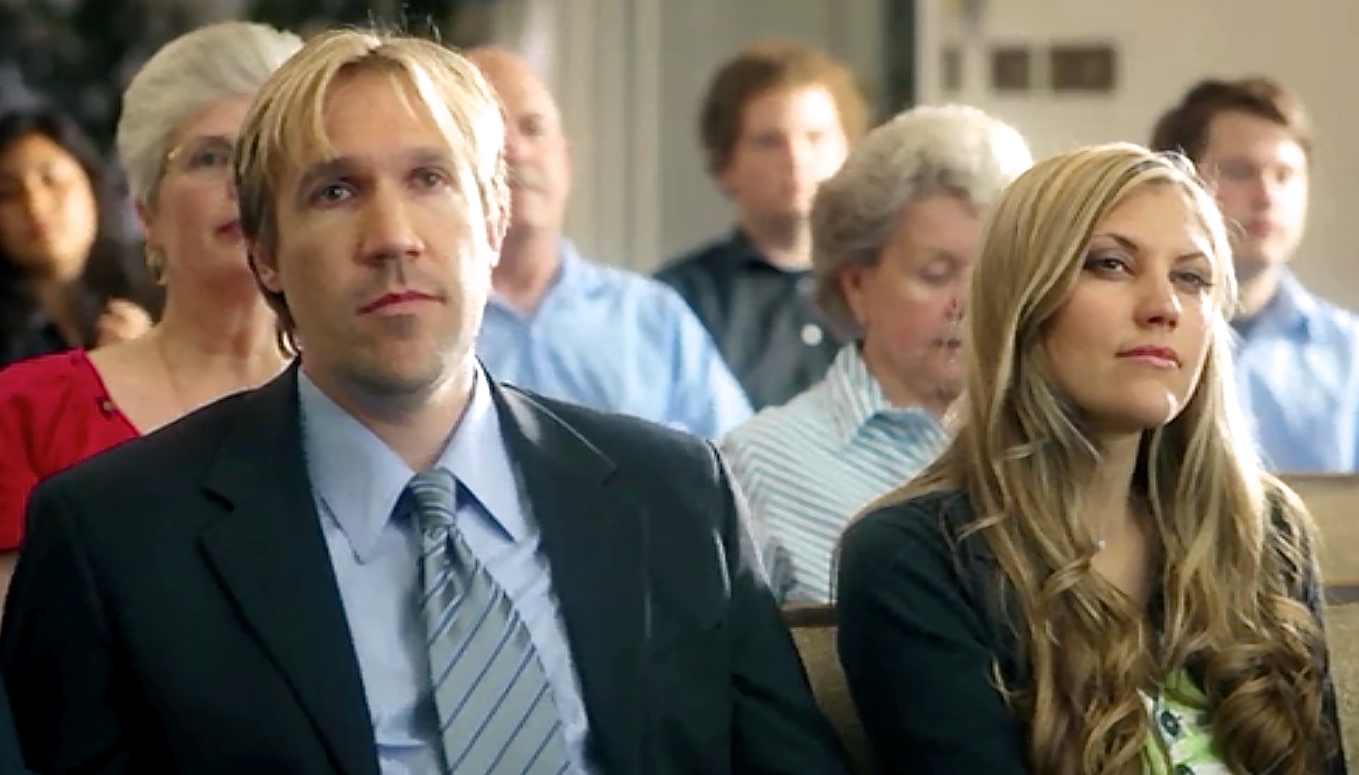 Mark and Claire Bowman (played by White and real life wife, Andrea Logan White) have reached an impasse in regards to having kids. Mark suffers from memories of an abusive father and doesn’t want to repeat the pattern on a child. Claire is pregnant but is afraid to tell Mark (Incidentally, It seems White cast his actual spouse not because she can act, which she cannot, but rather so their real wedding photos could be used during the opening credits, thus saving some cash). 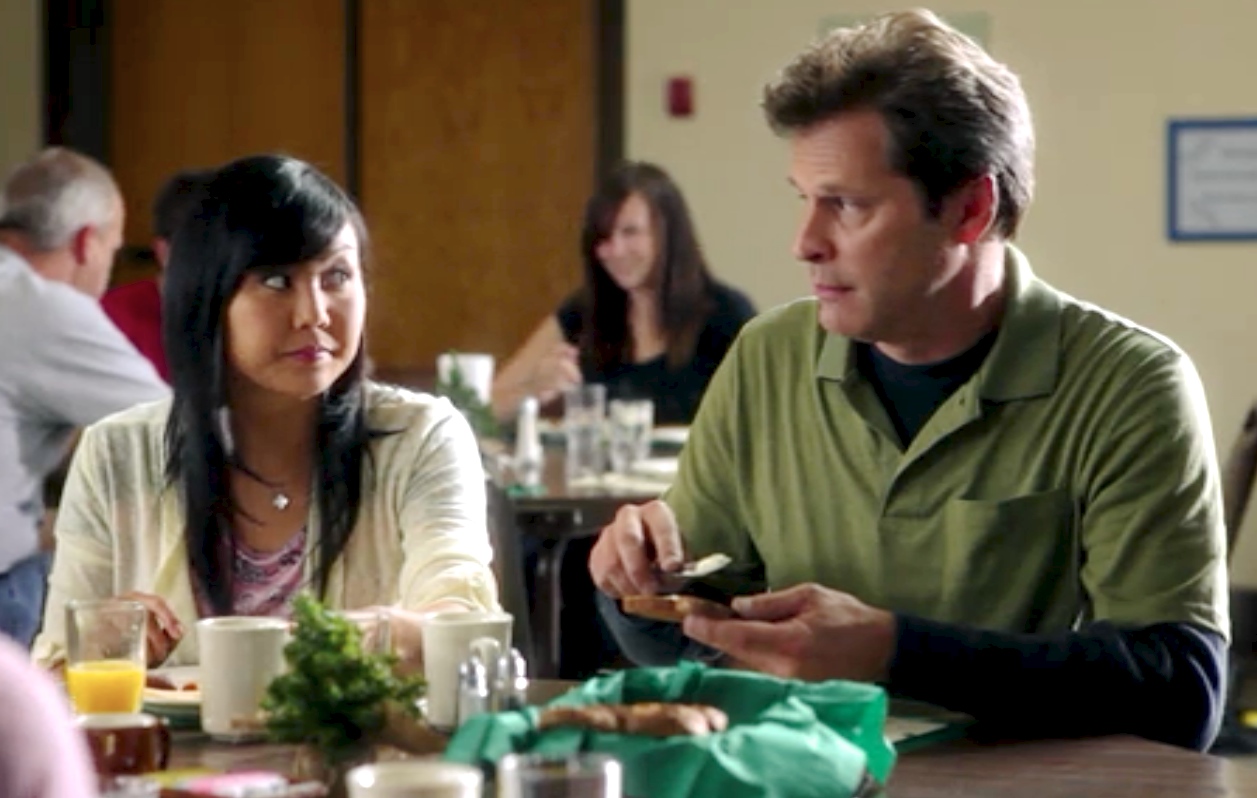 Bobby (Tommy Blaze, the Christian Alan Covert) and Melody Castle (I don’t want to take the time to type her real name, although I have just spent a lot more time writing this parenthetical than I would have writing her name. Oh, well. I still feel that I did the right thing) are close to divorce ever since Bobby’s online gambling problem went off the rails. Marriage treats Bobby’s gambling addiction as something that can be squashed with just God’s help, thus flying in the face of addiction treatment and of course, reality. James (Matthew Florida) and Donna Harlow (Anna Zielinski, ironically Florida’s former real life wife as of 2013) have come to camp because the very pregnant Donna is afraid James’ career as a soap opera star will consume him and ruin their marriage. In other words, James is chastised and ridiculed for DOING WHAT A HUSBAND AND FATHER IS SUPPOSED TO BE DOING ACCORDING TO SOCIETY’S RULES- ESPECIALLY CHRISTIAN SOCIETY’S RULES. He’s making a good living and PROVIDING, only to be scolded for it. What is James supposed to do- whittle wooden crosses in his garage and sell them on ebay? Of course, the idea of Donna getting a job is never brought up. I must add that Florida and Zielinski’s real wedding photos are also used in the intro, thus turning Marriage into an embarrassing and permanent record of their dead relationship.

I certainly wasn’t expecting an actual “performance” from anyone in Marriage, let alone from a veteran actor like Jeff Fahey who’s only there to pay a couple of bills. To my shock, Fahey is really something and has such a powerful presence he forces the untalented actors around him to step up their game. Ruggedly handsome, lean and mean with soulful, piercing blue eyes, Fahey deserves a medal for acting way beyond the call. Using tough love and cryptic riddles to inspire his couples to look inside themselves, Fahey’s Dr. Sullivan is a deep thinker who harbors doubts that his efforts are actually making a difference. Who can blame the good doctor for being so discouraged and depressed? After all, he’s married to this thing… That’s right, bloated and grating Victoria Jackson is on hand to play Mrs. Sullivan. What did the doctor ever do to deserve such a life partner? I have a feeling teenage pregnancy and a shotgun wedding were involved. When asked how long she’s been married to Dr. Sullivan, Mrs. Sullivan says “My whole life,” which I suppose the writers think is a good thing. It makes me mad that Lorne Michael’s biggest regret is now getting work as a Christian actor. I thought the world was through with Jackson’s right-wing hate speechery and she was now strictly confined to shooting fake talk shows in her living room. 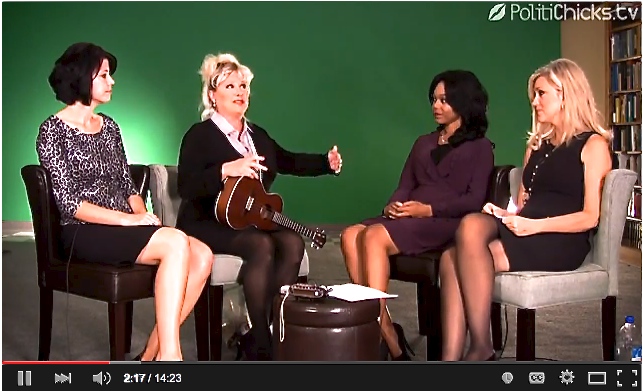 Luckily for Fahey, there’s not one scene of Sullivan and wife being remotely affectionate or physically touching each other. They are officially the most non-sexual and mismatched couple since Ellen Degeneres and Bill Pullman in Mr. Wrong. It seems the people behind Marriage are aware of Jackson’s repellent presence. When asked by the husbands what she likes about Dr. Sullivan, she pauses and says, “He makes me fell pretty,” to which Bobby blurts under his breath, “How do yo think he does that?” White whispers back “I have no idea.” These asides are so needlessly cruel I actually felt sad for her.

The best example of Fahey making the cast rise to his level is the scene in which the Sullivan’s enjoy a quiet campfire under the night sky. Jackson sings a cutesy-pie ukelele tune while the brooding Fahey stokes the fire- then an amazing thing happens. The two get to talking about their faith and Fahey’s gravitas is so effective that Jackson honestly reacts  and cries real tears. A genuine moment?! Real emotion?! Fahey is the real miracle maker here.

Next Week: David Holtzman’s Diary (1967) may be buried in the Netflix basement but it happens to be a legendary Mock Doc.