Yeah, I know. Fatal Attraction is an obvious choice for an anti-Valentines Day movie, but the film holds a special place in my heart (awww!). I saw Attraction several times in the theater and at the time I thought it was a perfect thriller. Director Adrian Lyne, who had a knack for lensing notorious sensual dramas like 9 1/2 Weeks (1986), Indecent Proposal (1993) and the underrated Lolita (1997) adaptation, managed to turn the lurid Attraction into a cultural touchstone a huge money maker and a Best Picture nominee. The film has inspired an endless parade of inferior copycats like Swim Fan, Single White Female and Obsessed.

Michael Douglas is Dan Gallagher, a happy family man who meets the alluring Alex Forrest (Glenn Close, nominated for Best actress for the role) at a business meeting. Before Dan knows it he’s involved in a passionate affair with Alex, who delivers the raw eroticism he’s been missing at home. It doesn’t take long for Alex to turn possessive, obsessive and completely psychotic. Dan ends up fighting for his family’s life as Alex wages an all out, bloody war.

Alas, the years have not been kind to Attraction. Feminists immediately condemned it for the handling of Close’s character. I was a budding feminist supporter back in ’87, but I was blind to the films offensive qualities. I didn’t want to think about the gender politics of it all. The truth is Alex is not a real woman at all but a horrific embodiment of every married dude’s greatest fear. She’s a beautiful, seductive Jason Voorhees- not a human being. 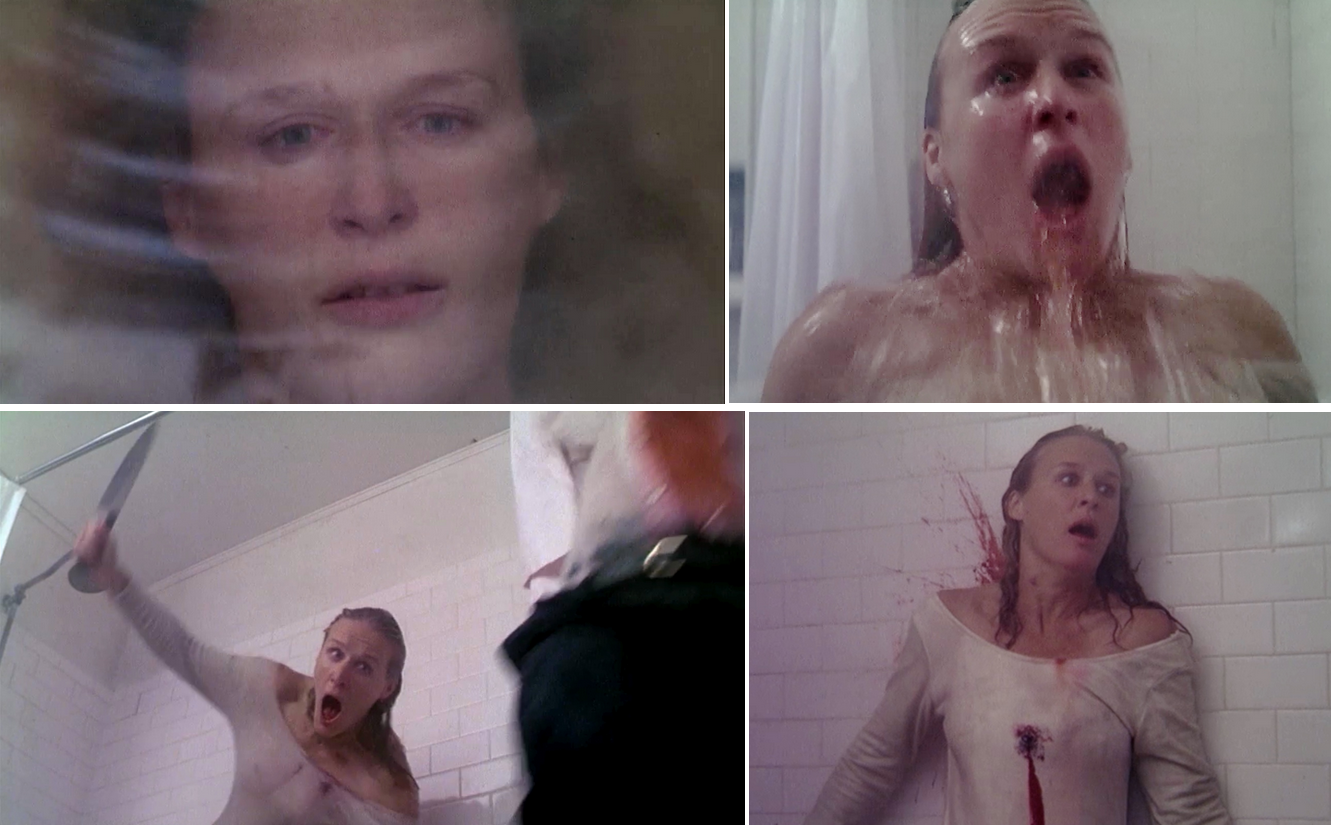 The film received the most jeers over the jump-scarey finale, in which Dan strangles Alex and drowns her in the bathtub only to see her pop up from her watery grave like a haunted house attraction. Dan’s wife (Anne Archer, also nominated for Best Supporting Actress) is there to shoot the monster dead.

Attraction is famous for many things, including the immortal line, “I won’t be ignored, Dan!” and of course, the boiling of the family bunny. However, for me, the film inadvertently got me thinking about the possibilities of filmmaking. Hear me out, bro. At the business meeting where Alex and Dan first meet, Dan is eating a bagel and gets a dollop of cream cheese on the tip of this nose.

Alex kindly and covertly alerts Dan to the shmear and Dan thankfully wipes it off. Later on I would think on this exchange and wonder- what if Dan never wiped the shmear from his nose? What if that dollop stayed on Dan’s nose for the rest of the movie? It would turn into an art film of the highest order. The cream cheese would become a symbol, a metaphor, a deep and surreal statement. Critics and scholars would debate the significance of the shmear for centuries to come. What does this scene have to do with Valentines Day? I’m passionately in love with bagels.

Anyhoo, maybe Fatal Attraction isn’t an anti-Valentines Day movie after all; it scares men into sticking with their loving wives and staying sexually unsatisfied the way god intended.