G.L.O.W. - The Story of the Gorgeous Ladies of Wrestling is a well-done, low-budget look at a group of unique women who provided politically incorrect but fun grappling entertainment before being bodyslammed with an abrupt cancellation. The year was 1986. Top Gun was the highest grossing movie of the year. Mike Tyson won his first ever boxing championship. Pee-Wee’s Playhouse and Alf debuted. Among all these milestones came the birth of G.L.O.W., the Gorgeous Ladies of Wrestling. This is where our story begins.

G.L.O.W. was an unexpected hit during a time when women’s wrestling was seen as an often ignored special attraction in the boy’s club of professional wrestling. Millions of viewers from around the world were able to see colorful yet off-color characters go at it in the ring, taped live at the Riviera Hotel in Las Vegas. The women’s wrestling league that was formed out of an open casting call and was apparently on the rise before it abruptly ended in 1990 for reasons that are still up for debate.

The film provides a great look into the ladies behind G.L.O.W. through a series of interviews with the lady wrestlers while splicing in footage of their antics from 20 years before. We hear from Hollywood, a young phlebotomist turned movie star. We listen to the storied, bear-wrestling career of Matilda the Hun. We get some words with Tina Ferrari, an athletic wrestler that would later achieve great success in the W.W.E. We see footage of the wild, KISS-make-upped Heavy Metal Sister known as “Spike,” who is in actuality a “Jew from the Valley.” There is also the heart of the promotion and of the film: Mountain Fiji, the former Olympic shot putter turned Samoan gentle giant. These are just a few examples of G.L.O.W.’s diverse roster.

The film has excellent pacing and does an amazing job splicing the sit-down interviews with footage from the show. There was never a time where I was questioning who was who or where we were in the timeline. The film does look amateur and low-budget at times, but it works in the film’s favor since it’s low-quality allows the audience to easily transition from the modern footage to the ’80’s television footage. The film also does an excellent, heart-warming wrap up starting from the casting call all the way up to a slammin’ sorority reunion 20 years later. 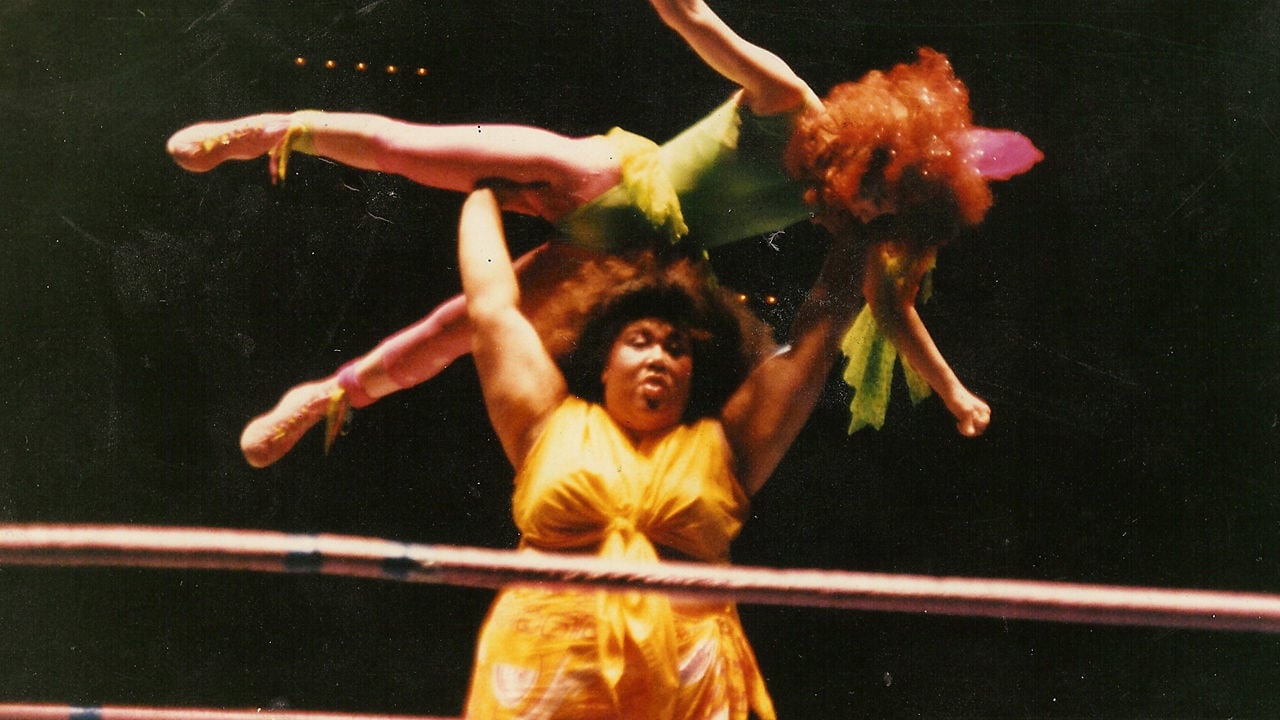 A minor issue is that the film was unable to get interviews with the financial backers and producers of G.L.O.W. The promoter of G.L.O.W., David McClane, and G.L.O.W.’s director, Matt Cimber, both declined to be interviewed. The real reason behind G.L.O.W.’s demise is never fully explained or discovered save for unfounded rumors, which is something both men could have shed some light on. While the film isn’t hurt by not having those men interviewed, some may feel the way the women wrestlers did when G.L.O.W. folded: hungry for answers and closure.

If you’re a wrestling fan, more than likely you’ve already seen this, so this paragraph is for non-fans. Technical quality aside, this is an excellent and engaging documentary. You’ll be shocked at what G.L.O.W. got away with, get intrigued by the characters and women behind them, and enjoy the ongoing “yes, this was really a thing” feeling throughout the film. Highly recommended.