If you are a Farrelly Bros fan, you know what movie came out this weekend. It is the movie you have probably been anxiously awaiting for the last 20 years since Dumb and Dumber was released. Jesus Christ, has it really been that long?! Netflix has the original Dumb and Dumber on right now, but how DUMB would that be to review that and compare it to the new Dumb and Dumber To. Instead, I am going to go with something a little different and a complete role reversal for one of the actors. When I think of Jeff Daniels, I automatically go to Dumb and Dumber; with his awful hair, driving a Dog-van, and shitting his brains out on a toilet. As an actor, I’m sure this is not exactly how you would want to be remembered in the minds of people. But, like 95% of the population who is over the age of 28, this is probably the case. Daniels hasn’t had a stellar acting career, but he has had some popular movies. Nothing that is going to win him an Oscar, but ones that have been well-received by the public. Aracinophobia is one of those movies and one of the only movies that I can think of off the top of my head that Daniels is the lead and, luckily, it’s on Netflix. 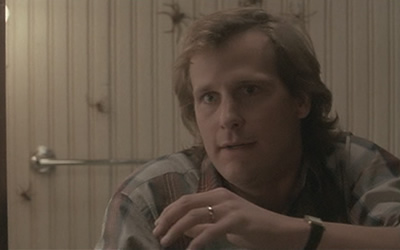 In the first scene Daniels appears in, I thought to myself, “Holy shit, Uncle Joey (FULL HO- USE) is in this?! CUT-IT-OUT!”. But no, it is Daniels and I’m pretty sure they just might be the same model of cylon from Battlestar Galactica; which is the only logical reason why they can be in 2 places at once. Which now makes me think that maybe Coulier could have had the career Daniels has had instead of, well you know, his. Maybe he could have avoided the whole Alanis Morissette thing, which would may have not made her an angry, angst-ridden woman who writes about her break-up with Coulier in her songs. Perhaps she could have been more like Jewel or possibly a Spice Girl…Canadian Spice, eh.

That’s enough of the Dave Coulier tangent. But watch the movie, he looks just like Daniels.

As a person who HATES spiders, Aracnophobia scares the shit outta me (spiders and the creepy red headed girl). I felt my skin crawling the whole movie. And not like it did when John Travolta barfed his way through BATTLEFIELD EARTH and made me ask who the hell paid for this pile of shit, but actually itchy and irritated. After watching it, I looked under the couch, the coffee table, the bathtub, my shoes, my half-gone case of beer, and the toilet seat. Great, I’m reliving the fear all over again and feel that I need to take my shirt off to make sure there is nothing crawling on me…now that that’s taken care of, on with the review. Some interesting facts about the spiders used in the film: Avondale spiders were brought in from New Zealand for the film and were not allowed back into their native country for quarantine purposes; they played the part of the smaller spiders. Bird-eating tarantulas were used for the bigger spiders and have recently been seen in my nightmares. The HUGE spider at the end, decided to go back to hell, where he is currently Mayor and enjoys making grown men cry. John Goodman also has a role in the movie and, as usual, almost steals it (BIG LEBOWSKI, O’BROTHER WHERE ART THOU, RAISING ARIZONA). To be completely honest, I would rather watch a movie about Delbert (Goodman) drinking beer, fighting spiders, and deciding what picture to use on his Tinder account (with or without the pesticide guns?). Goodman is the only character in the movie that seems to have an interesting personality. Nothing against the other actors, their characters weren’t real specific or written well and could have been played by anyone who has taken an acting class or talked in front of a mirror before. But Goodman nails his character and embraces his role as an arrogant, spider-hating, hometown-boy who probably fell into the job because he couldn’t be a cop due to the fact that no one would trust him with a gun. I would entertain the idea of a sequel for this movie ONLY if Goodman was in it. Even if the acting is meh and the spiders will make you want to scratch your skin off and make you inspect everything thoroughly before you sit on it, pick it up, or lay on it, eat it, or drink it; Aracinophobia is a fun movie. I would go as far to say that it is the best/creepiest spider movie out there. Daniels’ role in it is not spectacular because sadly, I think his most fun role to date IS in DUMB AND DUMBER as Harry Dunne. But, if you see DUMB AND DUMBER TO and think that Carrey’s and Daniels’ characters are over the top and ridiculous, watch Aracinophobia and appreciate the work Daniels puts into his character in the DUMB AND DUMBER series; because there isn’t a whole lotta work put into this character. 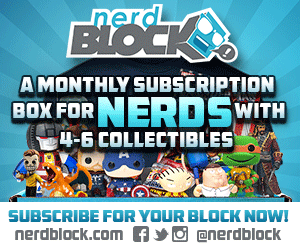