Here’s the gimmick of these reviews, dear reader. There are times where you’d like to get on Netflix and treat yourself to a double feature. Luckily, after viewing a film, Netflix immediately provides compatible options based on the previous film as the credits roll. In these reviews, I will watch and review one film, pick a second film from the list of three films that Netflix suggests without reading the star rating or plot synopsis, review that film, then put in a verdict on whether or not the films compliment each other or are an unruly pairing. Let’s get started!

Zodiac is based on a real series of killings that happened throughout northern California from the late ‘60’s to early 70’s. The film focuses on three men in particular: Inspector David Toschi (Mark “The Hulk” Ruffalo), newspaper reporter Paul Avery (Robert “Iron Man” Downey, Jr.), and puzzle enthusiast/cartoonist Robert Graysmith (Jake “One Time I Was Almost Spider-Man” Gyllenhaal). The film follows the three men as they collaborate, struggle, and frustrate over the identity of the Zodiac serial killer.

The movie is classic David Fincher. The film’s colors are faded and washed-out adding to the exhausted mood of the film. No crazy perspectives or artsy camera shots, just well-placed shadows and shots that show what the audience should see without distraction. The close-ups of the Zodiac’s handwritten letters and other documents, sometimes superimposed into scenes and usually narrated by the cast, get the audience involved in the painstaking research the characters go through. However, this is done in service to the story and not in a fast-cut, music video fashion like the handwritten notebooks in Fincher’s Se7en. The performers do a great job, with Gyllenhaal carrying most of the acting load. Ruffalo’s Toschi is a solid performance portraying a stressed out cop but the performance is no different than any other capable actor’s stressed out cop. RDJ is just being RDJ as a reporter: smarmy, quick-witted, and self-destructive. Put him in a suit and he’s Tony Stark. Gyllenhaal does a wonderful job transforming from a meek bookworm into a man consumed by one question: who is Zodiac?

Overall, many of you have probably seen this film since it was released only seven years ago with mostly positive reviews. This review is no different. It is a solid film that’s well written, well shot, and has a solid cast. With a runtime of over two and a half hours, the movie does feel like a marathon at times but usually kicks in endorphins just when you’re ready to quit. Needless to say, if (like me) you haven’t seen it yet and have nearly three hours to sit and pay attention, it’s worth your time. If you have already seen it, it may not be worth a full re-watch unless you do it in smaller bites. Along Came a Spider

Along Came A Spider has former FBI agent turned psychologist, Alex Cross (Morgan Freeman) struggling with guilt over the loss of his partner during a botched sting operation. Cross is pulled out of seclusion when a man kidnaps a senator’s daughter from school and contacts Cross personally to start a game of cat-and-mouse. Secret service member, Jezzie Flannigan (Monica Potter), joins Cross to redeem herself since the girl was kidnapped under her watch. As the two search for clues of the girl’s whereabouts, they also try to piece together why the girl was taken in the first place and why Cross was asked to be involved.

The film itself was released in 2001 but looks and sounds like it was straight out of 1992. The soundtrack had a very Die Hard feel with horns blaring during points of high violence or shocking reveals teamed up with suspenseful piano tunes. If you took out the dialogue, the score would’ve been like Mickey Mouse cartoons from the ‘30’s. The cinematography and film’s colors match the Lethal Weapon films as well. The only thing that seemed to feel 2001 was the then-forgivable-now-wincingly-bad CGI at the beginning of the film, which was on par with Sam Raimi’s Spider-Man. 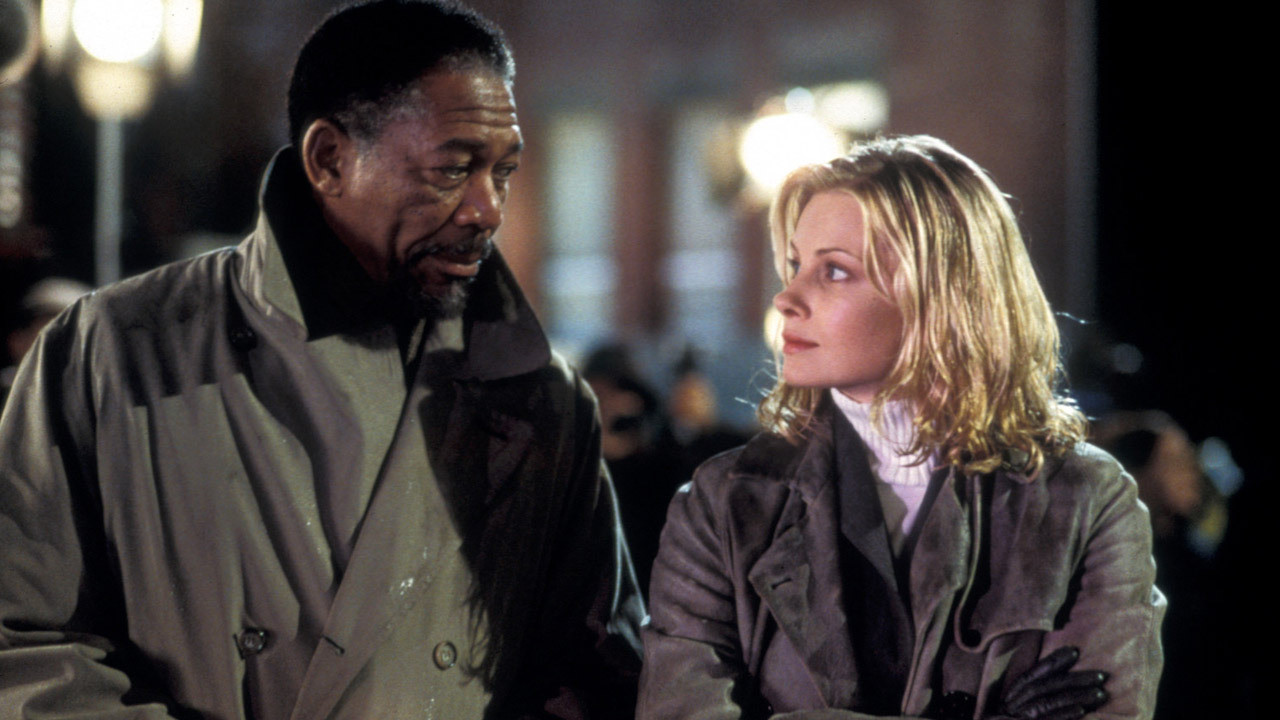 The story itself has its share of twists and turns that feel gimmicky and has plot holes too large to overlook. There are good procedural moments in the film but sadly many of the reveals are due to a sudden epiphany rather than allowing the audience to experience the satisfaction of discovery alongside Cross. The action and violence are done well. Aside from the beginning, most of the danger and gunplay is toned down for… well, realness, I guess.

The performers did well with the material that was given. Freeman is a great go-to actor to provide an aura of intellect and gravitas to even the most banal script. The other actors were serviceable, but nothing noteworthy save for Mika Boorem’s fine performance as the kidnapped Megan Rose.

Is it downright awful? No. However, I know that you’ve seen better police thrillers so why waste your time when you could revisit those?

I understand why Netflix would team these movies together due to the obvious police-gotta-find-him plots both films share. In terms of like tone and plot, Netflix was on the ball with this pairing rather than if I chose Hannibal or Donnie Darko instead.

In terms of quality, I don’t think any of the choices Netflix offered would’ve made a good double feature. My opinion? Just watch Zodiac and then you’re done. That movie’s runtime is about two cop movies long anyway. However, if you still want a second film to team with Zodiac, maybe check out the movie based off the Zodiac murders, Dirty Harry. It’s sadly not on Netflix streaming as of this writing, but maybe borrow a copy from a friend. Dirty Harry is actually referenced in Zodiac itself so it’s a natural team-up.