So what if the their Spielberg collection consists of Amistad and Hook? Who cares if the only Scorsese films they have are The Aviator and The Last Waltz? What Netflix does have in abundance is garbage. It’s time to surrender and celebrate it. This isn’t so bad it’s good… this is so bad it’s Netflix! If you want to taste some candy-coated hip-hop culture with a twist of limey then Street Dance is for you. In Street Dance there are enough New York Yankees caps to fill a stadium but it’s doubtful any of the wearers know they’re sporting baseball gear. Street is the type of movie in which gangs of dancers roam the streets, but not like in West Side Story; here there are actual street dance troupes who are out to kill each other choreographically. It’s also the type of movie in which things like “THE FINALS” happen on a regular basis and the whole world is waiting to see what interchangeable gang will take the crown. All of this is easy to digest due to the British filter; there are all sorts of wonderful accents, from posh to Northern, that are fun to hear in a hip-hop context. Street Dance even has my favorite British sayings, like when people end every sentence with “Yeah?” and then there’s my all time favorite, “Ye wot?” 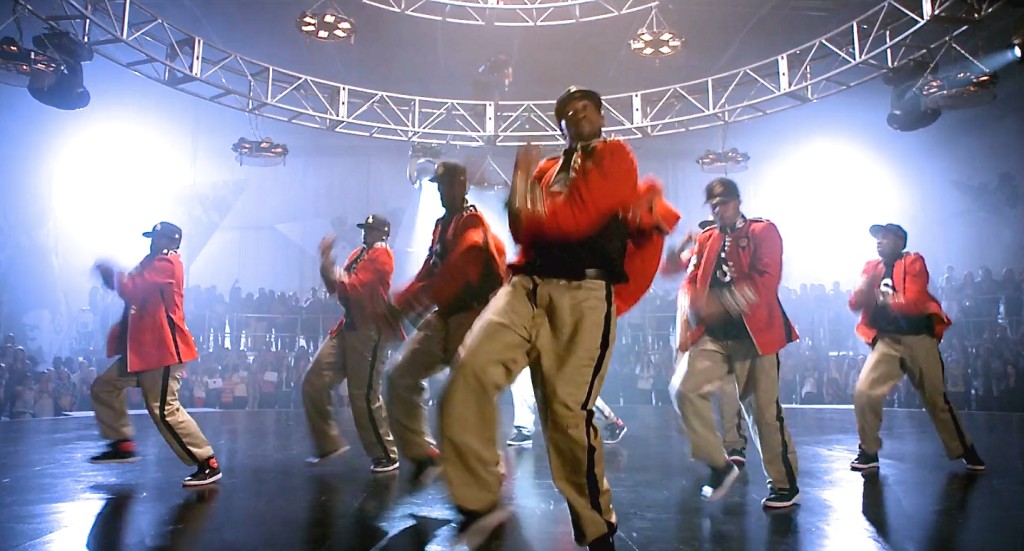 Sure, it would be a hell of a lot better if you were just watching these intricate dance routines live on stage. That way there would be no editing decision-making which always succeeds in cutting away just as the dancing gets interesting. There are two forces at work; the “MTV” style (is that even a thing anymore?), six cuts a second visual gibberish and just plain dancing which begs to be watched without any visual distractions. Okay, the video speed ramping adds excitement, but after a short while, these incredibly talented performers seem generic, their shtick gets monotonous, and it all looks like random manic gyrations done by kids trying to answer the question how violently can one fling him/herself around? Speaking of ramping, Charlotte Rampling shows up out of nowhere as a ballet instructor who becomes enchanted with the rough street hoodlums’ angry style of dance. It’s obvious the BBC-produced Street Dance has only enough money to hire one name, dinosaur actor, like a Tom Conti, who appears in Street Dance 2 (on Netflix as well).