So what if the their Spielberg collection consists of Amistad and Hook? Who cares if the only Altman films they have are Three Women and Ready to Wear? What Netflix does have in abundance is garbage. It’s time to surrender and celebrate it. This isn’t so bad it’s good… this is so bad it’s Netflix.

Before the two Corey’s there was Baio and Aames, the nation’s least favorite comedy team. Willie Aames; always the privileged and horny rapscallion, with a fixed mischievous grin jutting out from under his blond curly helmet.  Back in ’82 a smooth criminal like Willie Aames could take a picture of a girls’s ass in the school hallway and not feel any repercussions. A guy like Willie could schtupp the principal’s secretary and finish just in time for botany class. Why does he have to be rich? We don’t know or care; the look suits him. And then there’s Scott Baio; the brunette, the ethnic one, the loner, the dreamer, the sexed-up innocent. In Zapped!, Aames and Baio are Peyton and Barney, best-est high school pals. Barney is a science nerd and Peyton is a wealthy opportunist who already has Barney growing super-potent weed in the school lab. Just like Chevy Chase’s Modern Problems, Zapped! doesn’t spend too much time explaining how our hero acquires telekinesis (Chase got his powers after getting toxic waste dumped on him). Something blows up in the lab and Barney can now move shit around the room. Fine, we’re on board.

Soon, Peyton and a nosy but nice girl, Bernadette (Felice Schachter), discover Barney’s secret. Ever the rogue, Peyton tries to get Barney to use his powers to make a killing in Vegas. Now, you have to admit, that’s a great idea. Easy money, no victims. But no, Barney doesn’t want to gamble since he and Bernadette have fallen for each other and she has convinced him not use his powers for vice (Why?! Why?!). Ripping clothes off off unsuspecting girls is totally cool, however; that’s just Barney being hilarious.

Due to Baio’s likeability and Felice Schachter’s cuteness, their romance is almost sweet, or it would be if it wasn’t surrounded by violent shots of girls getting their blouses ripped off via Baio’s mind control. Strangely enough, the one sex scene between Bernadette and Barney is shot as innocuously as possible; they’re both wrapped tight and restrained in a heavy tarp, with no body parts showing. We got it mr. Rosenthal, tits are for public humiliation and not consensual sex. I get the feeling Rosenthal came up with Zapped! as a vehicle to slut shame all the girls who rejected him back in high school. Baio uses his de-bra-ing powers as a weapon to render the female enemy confused and hurt. In the most telling scene, in order to get a  dumb jock off Peyton’s back, Barney causes the jock’s girlfriend’s bra to pop open. To punish the jock. That’s confusing and hurtful.

Let’s go to the So Bad It’s Bullet Points!™

Human goose, EDDIE DEEZEN, makes his inevitable appearance in Zapped!, representing a sub-set of nerd that no human being can tolerate. Zapped! draws a line in the sand in regards to nerds; Baio is one of the good nerds since he grows weed, drinks whiskey and loves tits. Deezen has the distinction of being one of a handful of Grease actors who returned for Grease II. Perhaps if Spielberg’s 1941 was a hit, Deezen, who had a small role, might be a bigger star today.

Speaking of Cuckoo’s Nest, there’s MEWS SMALL as Baio’s bible-thumping mom, Mews was so memorable as Candy, the bubbly, easy-to-get gal pal of Nicholson’s McMurphy, who ends up taking poor Billy Bibbit’s virginity. Unfortunately, in Zapped!, Mews is made up to look like a corpse.

Square Pegs and Star Trek veteran, MERRITT BUTTRICK, who died of Aids complications in 1989, plays asshole punk rocker, Cooter. You can tell he’s a punk cuz he sports random swaths of color and flair. And from his “I refuse to shave my head for this role” Mohawk.

LAWANDA PAGE, the queen ball-buster from Sanford & Son is on board to terrorize Scatman Crothers in a weed-induced nightmare. At one point Page calls Crothers an “ugly spasm!” Was that a LaWanda original, or did writer, director, Rosenthal come up with “ugly spasm” in high school and refuse to let go of it? I must admit, I remember the “spasm” line from the trailers; it made me want to see the movie, frankly. My Planet Has Two Moons. 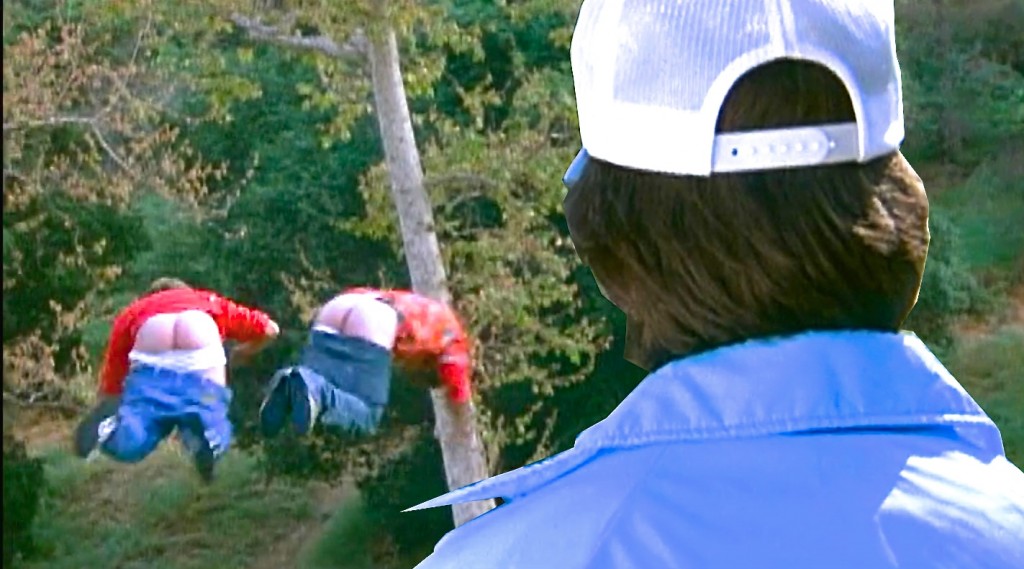 Barney’s mom, convinced that her son is possessed by the devil, calls upon some exorcists who shove tranquilizers down Barney’s mouth. Using his power to move things around, he moves his own vomit out of his body so the tranquilizers won’t be swallowed. I’d like to see Superman projectile vomit as precisely as this magical marksman. Keep in mind, I don’t really know what the funk is happening in this scene. Look ma! No Photoshop! Actress Heather Thomas refused to be topless in this topless film. No matter, her head looks perfectly natural pasted on a headless torso. Not an awkward pose for anybody involved. Plenty of room on that couch. 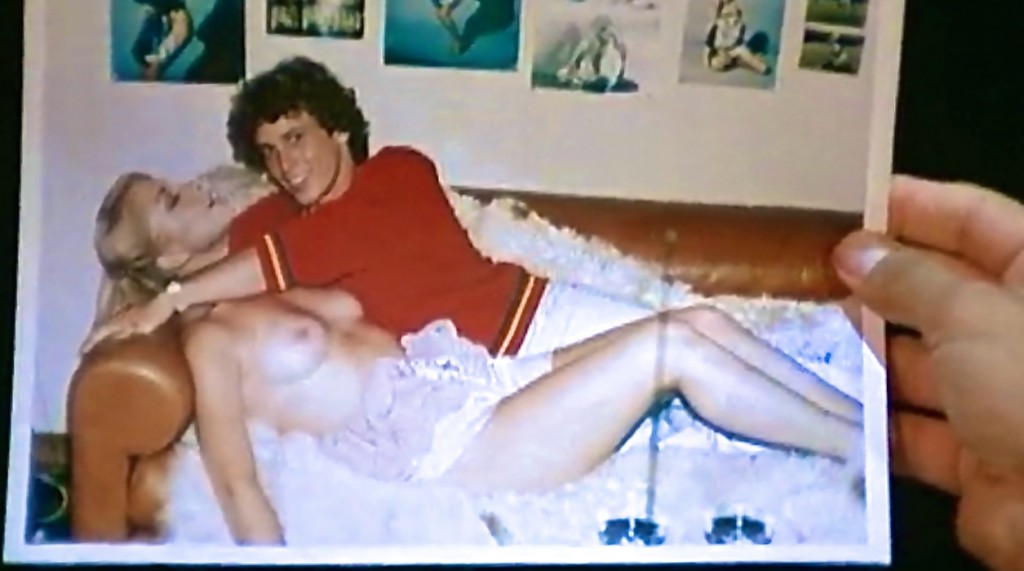 After Zapped!, Rosenthal, who was the comptroller for 1964’s, Santa Claus Conquers the Martians, fell in love with making movies. Cut to a mere eight years later, Zapped Again! Had hit video stores.