One week after it’s release, I was able to sit down and power through the newest season of Orange is the New Black season 3. I was surprised at how few reviews were out there and after I started the season I immediately understood… it’s a boring season! I’m not a man who needs much… coming off the high of last season’s great finale with the death of the monster that was Vee, this season didn’t have me canceling plans because I had to watch the next episode… I’m a shitty friend.

This season focuses on all the prisoners we’ve come to love, but the biggest thing that bothered me is that everyone is getting along… The season felt like one long filler episode to me. However, the writers knew they had to do some things to keep the viewers attention and I can’t say I wasn’t entertained. These were the 10 things Netflix did to apologize for a shitty season. The following contains spoilers:

1. They Brought Laura Prepon Back To Prison

After last season ended it seemed like they were going to treat Prepon like Jason Biggs and slowly kill her off… luckily, when you get rid of a great character on a prison show… you can always write them back in! Just like Taystee, Vause was brought back to Litchfield for violating her parole. This allowed the love conflict to remain effervescent and our hearts fluttering with every lesbian fight.

This might be my favorite part of the season… when Crazy Eyes isn’t hitting herself over the loss of her “mommy” Vee she is writing her frustrations out in a new Drama class offered at the prison. She starts writing an erotic science fiction starring a bald captain who has two penises and loves sexing people into other galaxies. Her work is deemed too perverted by the programs director but Crazy’s work takes on a life of its own. The prisoners start demanding more and more chapters because it’s the only thing to get them off! Eventually, she starts taking Q&A’S, getting fan fiction, and even a few groupies… until the pressure becomes too great for her!

3. Daya Finally Has Her Baby 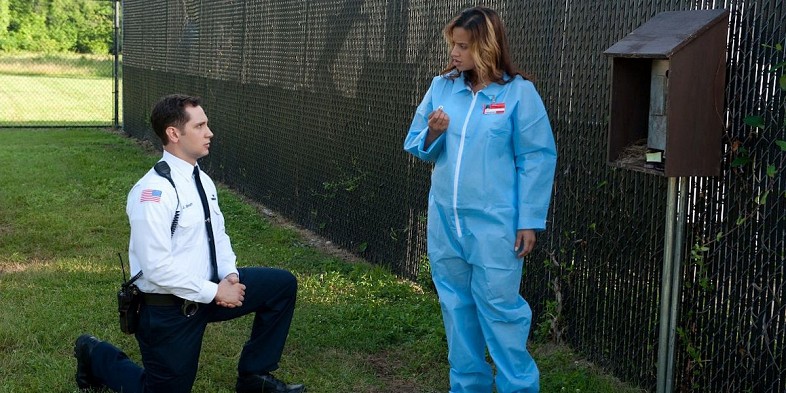 4. Red Gets Her Kitchen Back… Kinda 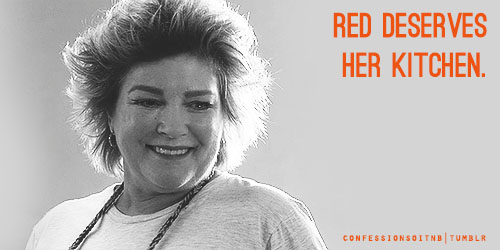 Who doesn’t love Red in the kitchen? When she charms the pants off of Healey, she convinces him to let her back in the kitchen but his stipulation was that she would start at the bottom of the food chain and have to work her way up. You know Red… didn’t take long. But as soon as she gets the power back a new meal plan is implemented using pre-cooked meals. Sorry Red, hope you like Sudoku!

5. They Get Ruby Rose Naked

This is for the fellas! The Australian model who is known for being covered head-to-toe in tattoos made waves when she was brought on to this season. She’s definite eye candy for the show and isn’t really used for much else than an extra vag for the Vause/Chapman triangle of love… So why not show off what she’s workin’ with? 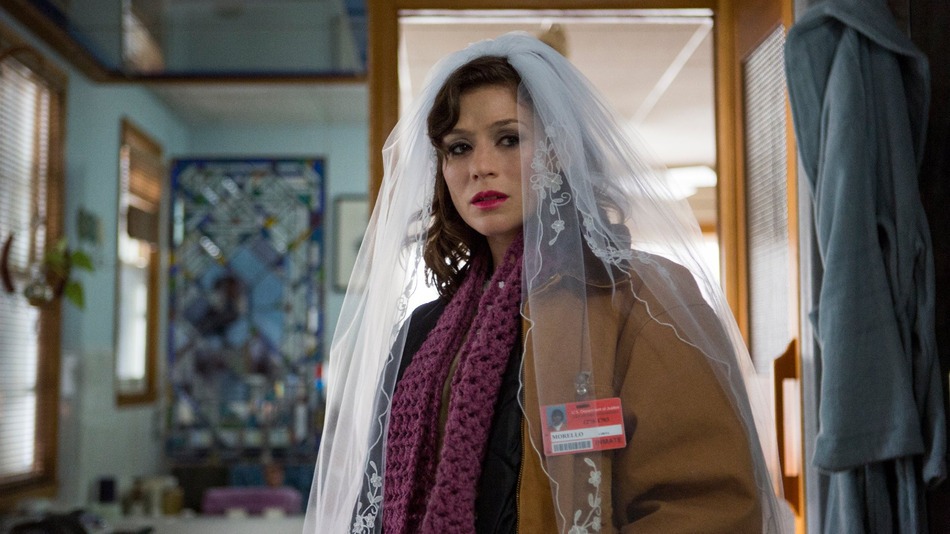 They’ve been playing with Morello’s emotions for two damn seasons… this woman deserved a little break! Morello starts a scheme to trick people she meets from the Prison Pen Pals program into falling for her and putting money into her commissary account. One of the fellas is such a wackadoo that she immediately falls for him and she knew it was meant to be when he offered to kick the ass of her ex-lover, Christopher. The prison becomes privately owned and a new job is implemented where some of the girls are making sexy panties. Piper starts to make panties out of excess materials and pays the prisoners in flavor packets to wear them for a few days so she can give them to her brother who will sell them on the internet for a massive profit. Sounds simple, right? Not when the prisoners find out she’s making 70 bucks a pop and decide to unionize! This just brought a smile to my face. It goes nowhere through the season, but god…. good for both of them. The silent but Godly… no one seems to remember that she sang at the end of season one. The meth heads start seeing this mute as some sort of profit and shit gets out of hand. How crazy? They are convinced they see her face on a piece of toast. Yeah.

10. The Prisoners Find Out Sophia is Still Packin’

We’re living in a age of acceptance and transition out here in the real world, but in Litchfield they’re still having some troubles. Sophia gets into some trouble with the Latin prisoners and they start spreading rumors that Sophia still has her penis. Some prisoners don’t take too kindly to that and it all leads up to an incredibly tense and powerful hate crime scene that stuck with me until I woke up the next morning.