Netflix has a treasure trove of spring break-themed movies, and by treasure trove I mean two. Malibu Spring Break and Bikini Spring Break are only titty delivery machines, to be sure. The problem is all that “comedy” and “plot” one has to put up with in order to see an occasional passing breast. This brings us to the question; who the are these movies for? Sure, back in the day, you might see this kind of sexploitation at a drive-in, sharing a triple bill with Switchblade Sisters and Trip With the Teacher (starring Zalman King!). In the 80’s and 90’s, a teenage boy had to rent the occasional Screwballs or Hardbodies to see naked women. But now we have broken the porn barrier and anyone of any age can see anything at any time. Essentially, movies like Malibu/Bikini are allowed to exist only because Netlfix needs digital foam peanuts to fatten up their catalog.

I really shouldn’t complain. Everyone knows there’s nothing funnier than talentless hot girls over-gesticulating and under-projecting their way through a D.O.A. comedy “bit.”

There’s many reasons why Malibu Spring Break isn’t a real movie. It’s shot in 4×3 aspect ratio, which I suppose was acceptable back in 2003? The  77 minute running time is also not ok. And then there’s the movie itself, which is really, really, really not ok. Two hot blonde assholes drive through the barren desert from their Arizona home to catch some Malibu waves and light gonnorhea. You can tell they are truly party gals because one takes her bra off in the car to get more comfy and the other goes “woo hoo” and waves to absolutely nothing. Perhaps she’s saying hello to the ever present shmutz on the lens. Soon we are treated to the mentally ill-est “welcome to Hollywood” montage ever assembled on iMovie. This L.A. signifier collection includes some unique choices, such as a long pan of a scummy souvenir shop on Hollywood Blvd and a shot of exactly one star on the Walk of Fame. Whose star did they choose? Why of course, it’s Jane Darwell’s. Who’s that, you say? 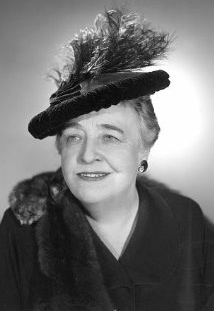 This sex kitten is best known for her Oscar winning role in Grapes of Wrath (1940). I’ve said it before; there’s nothing hotter than a shout-out to an actress born in the 1800’s. John Carradine, father of David, Keith and Robert, also starred in Grapes of Wrath… and guess what? Robert Carradine went on to star in our next film, Bikini Spring Break. Circle of life, right?

Anyhoo, Hot blonde asshole one and two, along with a nerdy girl (nerdy = moral center) and the maid’s daughter, throw a big Malibu party and that’s about it. All the blondes do is yell, sneer and verbally abuse the other two. Why are they the stars of the show? Oh, I forgot, we’re in exploitation-ville, where only the truly heinous get to rule.

- The blonde assholes get rejected twice in a row while trying to seduce rich guys on the beach. A gay couple is the target of one of the attempts, but still…

- I was relieved that the nice guy gets together with the nerdy girl and the maid’s daughter finds a dude who doesn’t care that she’s a germ-infested, ethnic house cleaner.

At an epic 87 minutes, Bikini almost feels like a real movie. Plus, it’s shot in dazzling 16×9, which really helps. An actual actor, Robert Carradine, shows up and proves to the world why he’s the saddest of all Carradine’s. Amazingly, Bikini director, Jared Cohn, has four other titles on Neflix, including the apocalyptic horror flick, 12/12/12, and it’s inevitable sequel, 13/13/13 (what is the 13th month, may I ask? Janumarch? Octember?). Cohn has magnanimously made Bikini for the male shut-in for whom things like spring break, strip clubs, wet t-shirt contests and jello wrestling will forever remain the stuff of legend. Carradine plays an apathetic, Walter Matthau in Bad News Bears-style coach of a marching band entirely made up of 30 year old slut-bags. What a boon for Carradine that the role matched his actual mood at the time. “Wait, I’m being paid $500 to not give a shit on camera? This is wonderful!” His merry band of tit-havers is invited to compete in some sort of “finals” in Florida, but their short bus breaks down on the way to Miami. Now our heroes must sacrifice their dignity in a series of spring break events to raise the money to get their bus running again.

To say the writers of Malibu and Bikini don’t know how to write for women is like saying Al Qaeda doesn’t know how to write for women. These writers believe that females get hot watching men rub Purell on their hands and arms. In Bikini, when an awful boy grabs his crotch in order to make an obscene gesture, one of our girls gets turned on. The Bikini writers also believe that women could definitely learn to love strip clubs if only they could spend an entire day stuck in one.

Bikini and Malibu are so low budget that extras are considered a luxury item. The main puzzle the filmmakers fail to solve is how to simulate a raucous party without the raucous party. In Bikini, the same two douche-boys run every single spring break event and the five main girls are supposed to represent the entire marching band. Malibu Spring Break thinks it can get by with an occasional shot of random, unknowing folks on the beach.

Somehow I don’t think that group of frolicking ten year olds were asked to sign a release.

At the wet t-shirt competition there seems to be a drought in progress. The first two contestants get properly doused, but by the time they get to our girl… …the bucket has a soda can’s worth of water left in it that just… trickles down… pathetically… making one nipple sort of noticeable.

And the winner is…. youporn.com?