These two still images are the only cool things in Permissive.

It’s all downhill from there. The only memorable moment in Permissive comes in the genuinely disturbing final scene. Fiona (Gay Singleton), former queen of the groupies, slashes her wrists and bleeds out in a hotel bathtub.

Fiona’s former best friend Suzy (Maggie Stride), the newly appointed queen of ho’s, is in the bathroom also. Suzy is doing her make-up, completely ignoring her bleeding friend in the tub. She walks out without a word, leaving Fiona to die. Only a scum-sucking British nudie pic masquerading as a cautionary tale could present a scenario this bleak. Permissive is the kind of film in which the shadows of cameras, boom mics and crew members are seen so frequently they soon become an essential part of the experience. These ugly moving shapes on the wall act as Permissive‘s silent, mentally challenged, Greek chorus. Suzy is mousy, pale, scrawny and blotchy. This does not stop her meteoric rise through the skank ranks. At the start of Permissive we assume Suzy has a heart of gold. Alas, she turns out to be an amoral, evil person.

This is rule number one in the exploitation game; the main character is always the biggest monster of them all. There are no heroes in movies like Permissive, just bad people doing bad things. Nobody is going to save the day so don’t even think about it. I was suckered into believing that Suzy would eventually come to her senses and leave the groupie lifestyle. I was backing the wrong whore. The guys in Forever More are pasty, emaciated, hairy and depressed assholes. When asked to play “themselves” in Permissive, I’m sure the boys thought the film was going to be their Hard Day’s Night. Mick Travis, the singer/bassist/leader of Forever More, looks like the kind of hippie that would be kicked out of the Manson family for being too passive. Yet Mick is such a sexual dynamo that he successfully pits Fiona and Suzy against each other. The girls end up fighting for the right to suck his dick. It’s a love triangle for the ages.

Permissive features music from three British rock acts, Forever More, Comus and Titus Groan. All three bands actually existed and all three had actual record contracts. They provide a wall-to-wall soundtrack of off-putting, amateurish, psychedelic folk rock guaranteed to ruin the party. These bands can be summed up with the following formula: 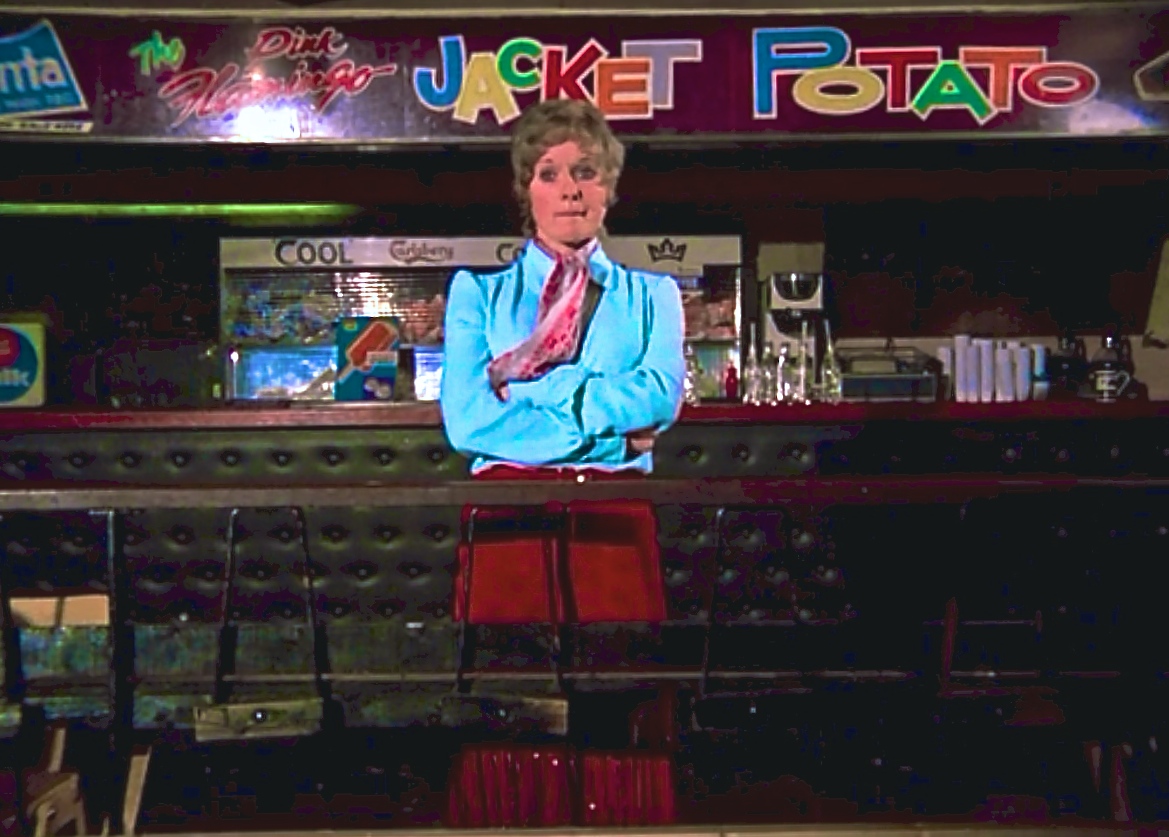 In between the nudity, there’s a hell of a lot of running time to be chewed up, and so we are treated to endless shots of Suzy walking around London, Fiona walking around in a depressed haze, and the band driving to their next gig.

It sure is a welcome sight when Suzy finds a pal to walk around with. Sadly, the boy walks and walks for so long that he loses control of his body, stumbles into the street and killed by oncoming traffic. This is an important lesson for any up-and-coming walker; pace yourself.