Despite some “when-are-we?” troubles in the editing, E-Team is a graphic yet well-rounded look into the lives of those who investigate human rights violations and the struggles they go through to create mild change. E-Team is a Netflix original documentary that follows members of Human Rights Watch, an international and independent watchdog group that investigates and reports human rights atrocities that are usually downplayed or covered up by corrupt governments. The film mostly focuses on two teams. Our primary team in 2013 consists of Anna Neistat and Ole Savang, a husband-and-wife duo who smuggle themselves into Syria to interview citizens regarding civilian attacks by their Syria’s own military. Our second team consists of Peter Bouckaert, a human rights activist that is well educated on military firearms, and Fred Abrahams, the man who brought U.S. attention to Kosovo and helped bring Slobodan Milosevic to trial. We follow that duo investigating and reporting the weapons used during the Libyan Civil War in 2011.

While the film is focused on Human Rights Watch’s reports on these atrocities, it also takes time to follow Anna’s whirlwind life of interviews. We see her integrity put into question by the Russian media in one moment to sharing her findings to U.S. network news affiliates via live satellite. All of this is in addition to smuggling herself into Syria for updates from civilians, raising her 12-year-old son, and being pregnant during the all the hustle.

There is no fancy filters or any movie magic here. The movie is mostly shot like a nature documentary or an in-the-field news report. The film frequently cuts in news footage documenting Human Rights Watch’s findings. Please be prepared to see graphic pictures of dead bodies, burnt corpses, people suffering from sarin gas attacks, and bloody scenes where executions have taken place. There is gunfire and bombs drop, however members of E-Team walk alert yet unphased by the sound of it. They react as if it a sputter of machine gun fire was just a seagull squawking in the distance. 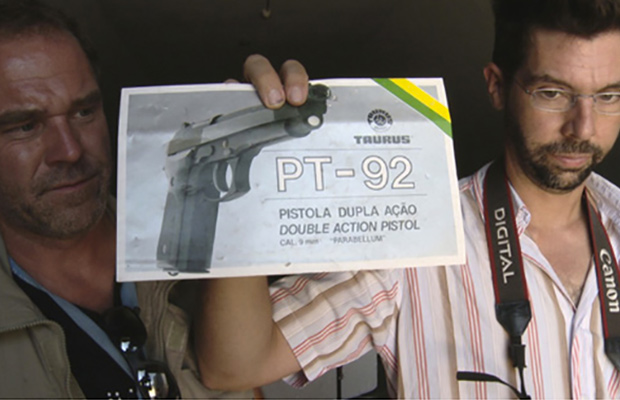 This sounds like an incredibly ignorant nitpick so I am going to apologize ahead of time: there are times where the film was hard to follow. I say that because I do not follow international news very closely and the film assumes that I did. This is problem because the film likes to jump in time from 2013 to 2011 back to 2013 to 1998 to 2013 back to 2011 and so on. There are little introductions to where E-Team is going and why, but the film doesn’t offer many actual dates of when these events occur aside from the year when the Human Rights Watch started to get involved.

I understand that the majority of the events this film were within the past three years, however the lack of dates and a distinct timeline of events may frustrate viewers who discover this doc in 2020 and beyond. Also, at the risk of sounding like an ignorant American, unless you are a news junkie many might need a small modern history lesson regarding the political strife of Syria and Libya aside from “their leader attacked civilians in a horrific way” just so we better understand the initial conflict. When away from warzones, the documentary thoroughly covers the lives of E-Team members outside of the field, mostly focusing on their families and relationships with their children. We also bear witness to the frustration and “why bother?” issues they face when all their hard work makes just a minor change or two. Abrahams even states that they’re aware of the apparent futility but considers it a success when E-Team can “make the war a bit more tolerable for the people stuck in it.”

This is a very informative documentary covering a brave group of people with a Sisyphean task. While it is not spilling blood buckets like an R-rated horror flick, the violent photography and photos of corpses in the film are real and can make some viewers uncomfortable. I wouldn’t call this a “fun” watch given the content covered and the dour yet hopeful mood, but it is a good documentary to educate you on what’s been going on overseas the past few years. It might actually entice you to pay more attention to the news in general. If news coverage interests you or you wish to learn more about conflicts outside of the U.S., then this is a doc for you. However, if you want to have a good time, this is probably not a film for your next viewing party. 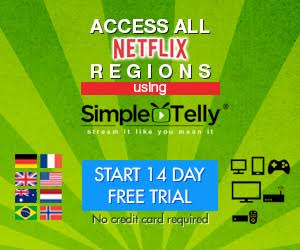