“I bought this one at Big Lots for $3… Highly recommended at any price.” - from a commenter on Moving Target‘s IMDb page.

I have to say I disagree with this review- but not violently so. Target is certainly not worth any price, never mind three whole dollars which could buy me three large diet colas at McD’s. However, for an old NBC Movie of the Week, Target has its charms. Those looking for an 80’s time capsule should skip John Hughes and go right to this film. For those of us who were teenagers in the 80’s, Target is the equivalent of a high school anxiety dream, complete with girls with frizzle-fried hair and and guys wearing horrible sport jackets with pins and shit on them.

Target might be the first movie I’ve ever described as a “cute” thriller; a teenage Home Alone in which people actually get killed. It does offer a fairly unique premise: what if you came home to discover your whole family had disappeared into the Witness Protection Program? Target stars a 17 year old Jason Bateman fresh off of Teen Wolf Too. Bateman plays a talented teen pianist who ditches band camp early and returns to a completely stripped house with no sign of his family ever having been there. It turns out that Bateman’s dad, who’s some sort of financial advisor, made the mistake of looking the other way when the mob had money laundered through his firm. Now, the feds are after Bateman in order to reunite him with his family before the mob can terminate him.

Target earns our interest by withholding information for an obscene amount of time. Our hero has no idea where his family went and neither do we for the first hour and change. Bateman is the “moving target” in question, but he doesnt seem to move all that much. The sad teen pretty much hangs out in his neighborhood, never going beyond a 5-10 mile radius from his house. Both the feds and the mob could easily nab him at any time, especially since the boy loves to hide in plain sight. Alas, two hours must be eaten up (including ads) and so we wait, and it’s not such a bad thing hanging out with this cool dude as he tries to figure it all out. Where did ya come from, where did ya go? No, I’m not talking to you, Cotton-Eye Joe, I’m talking to Sasha Jenson. Jenson played Don, the charismatic jock/bully, in the classic, Dazed & Confused (1993). In Dazed, Jenson was a standout in a cast of standouts but for some reason he never became a star. I was happy to see him pop up in Target in a mostly silent role as one of Bateman’s band mates. It proved to me that Jenson existed before Dazed and Linklater didn’t just invent him out of pixie dust and movie magic. 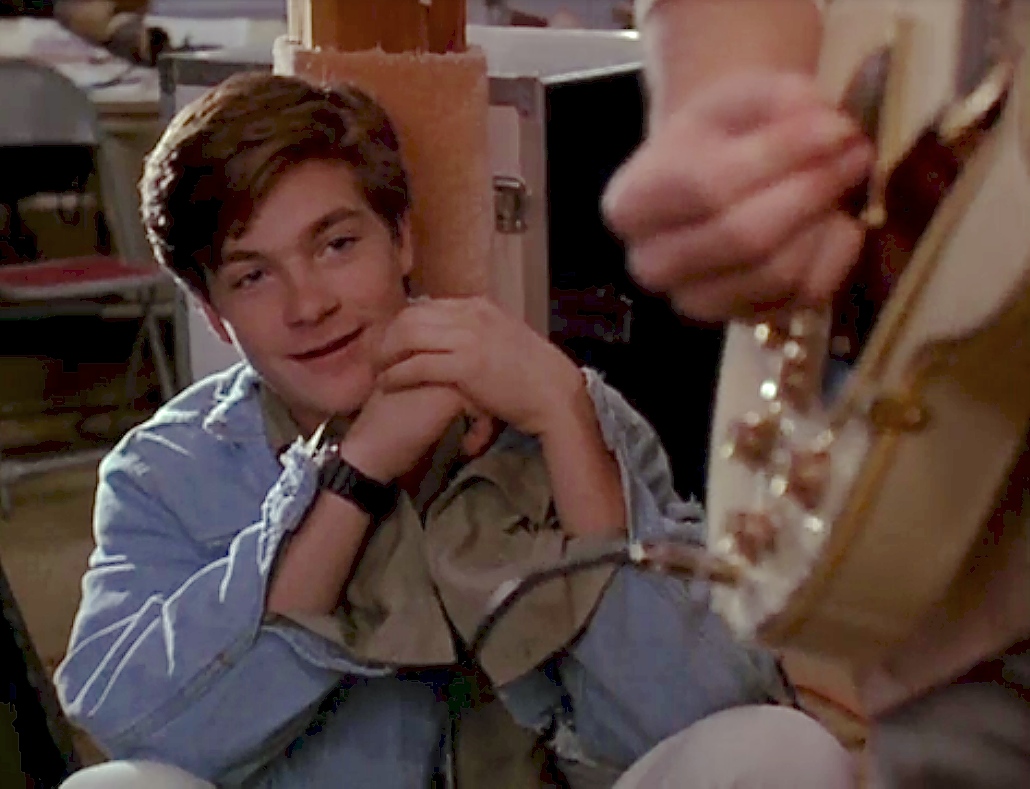 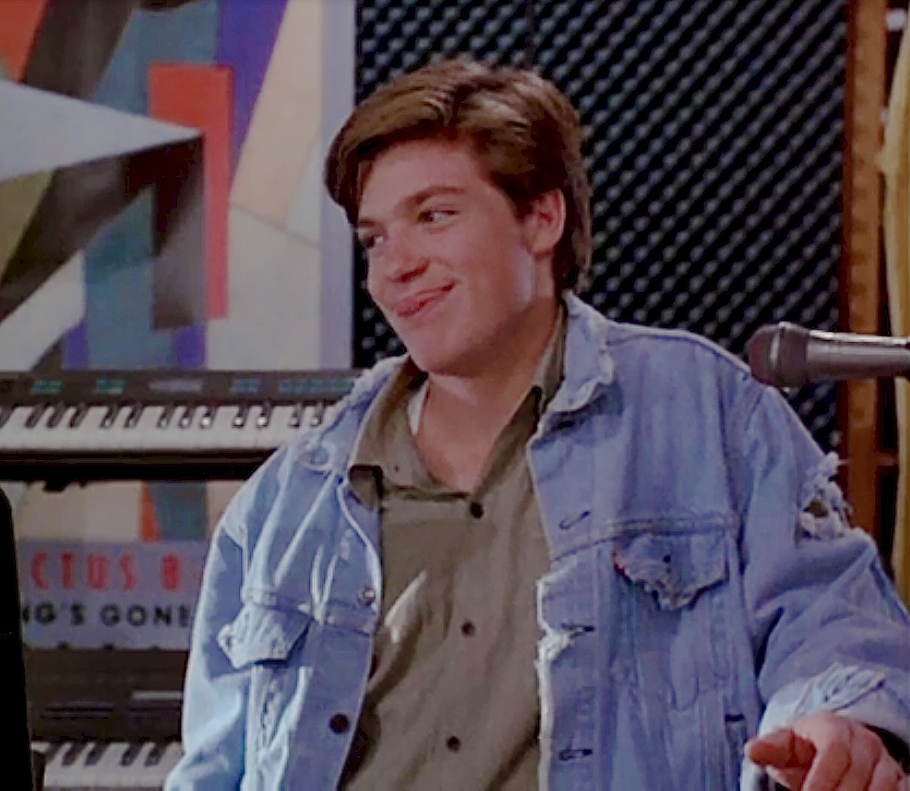 It’s a genuine pleasure to watch Bateman, who’s so young here he looks like an unformed, androgynous slab of pale putty. Even back then the guy had charm up the wazoo and an enthusiasm that was hard to resist. Bateman channels Matthew Broderick in War Games, playing a confident and resourceful kid who’s smarter than most mortal men. He has a nice chemistry with his Debbie Gibson-like, keyboard playing girlfriend played by Chynna Phillips. 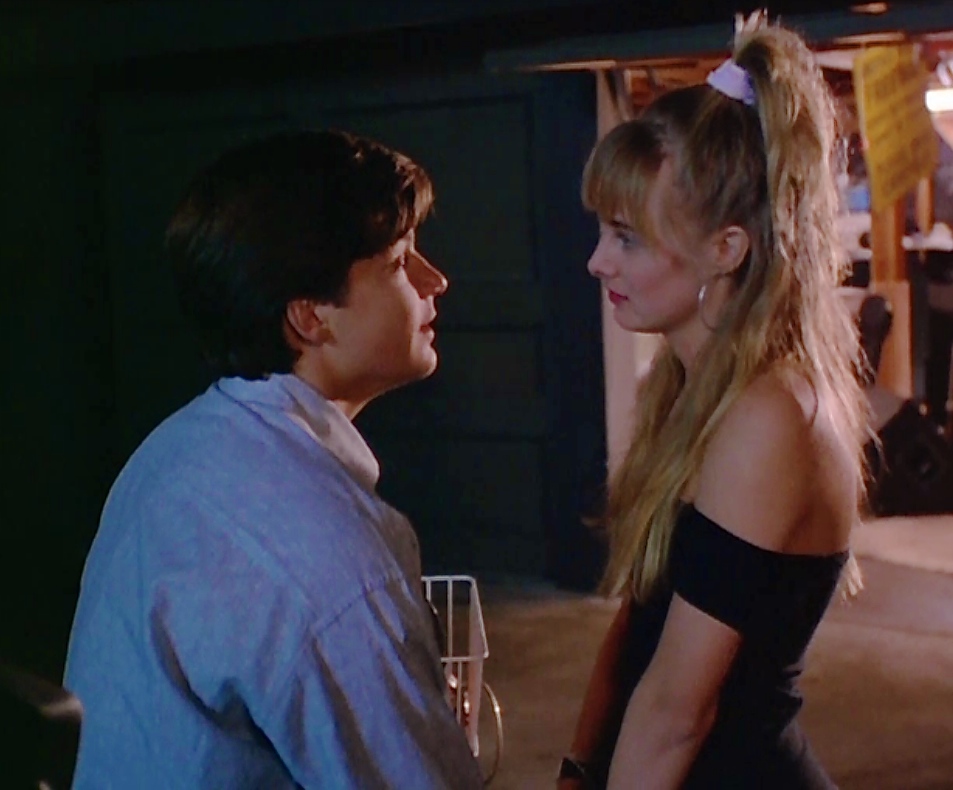 Phillips, who’s now married to Christian skate-boarding enthusiast, Stephen Baldwin, is the offspring of Michelle and John “hippie scumbag #1” Phillips of the Mamas & Papas. Two years after acting in Target, she would sell ten million records with Wilson Phillips. a singing trio that includes Carnie and Wendy Wilson, who also happen to have a psychotic musician for a dad. In Target, the uber-mousey Phillips pretends to play the shit out of a classic Yamaha DX7 synthesizer, an instrument that provided the soundtrack to my profound depression throughout the 80’s.

That pants-less party monster at the end there makes me want to join Al Qaeda; I hate his freedom that much. 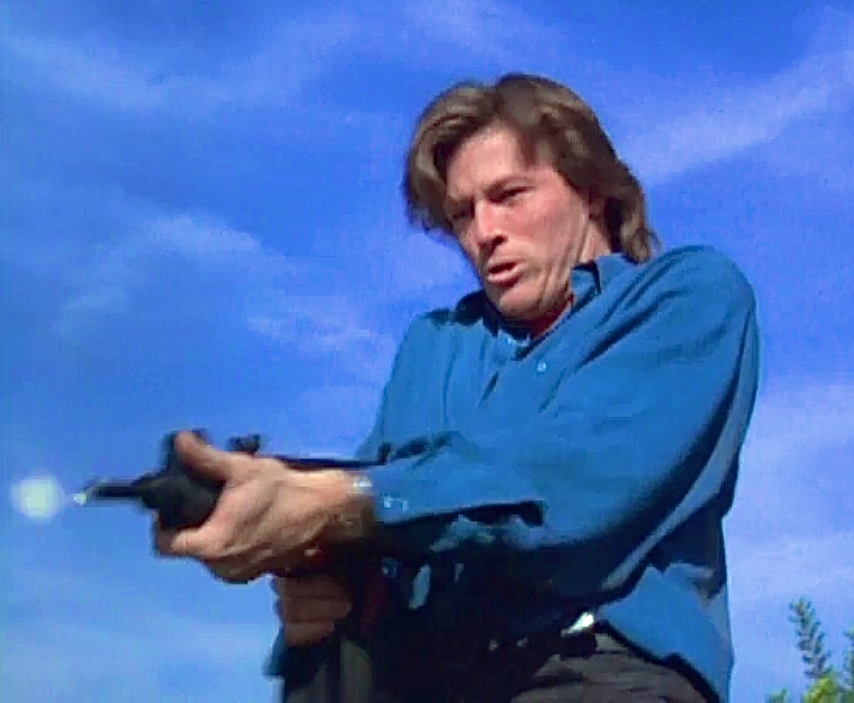 How can a thriller not be adorable when pretty guy, Jack “All I Need” Wagner, is playing the heavy? Target was Wagner’s first TV movie and he plays a psycho hit-man who can’t manage to find a dumb teenager who’s practically standing right in front of him. Wagner is way too happy a guy to convince us he’s a vicious killer and way to healthy to convince us he’s a smoker. Next Week: Madonna finally gets a gay guy to to schtup her in The Next Best Thing